Why Are Leftists Attracted To Mayor Tait’s Campaign?

I was sent this photo taken at Tom Tait’s election campaign grand opening this weekend. It’s a photo of the Mayor chatting it up with a supporter named Carlos Becerra: 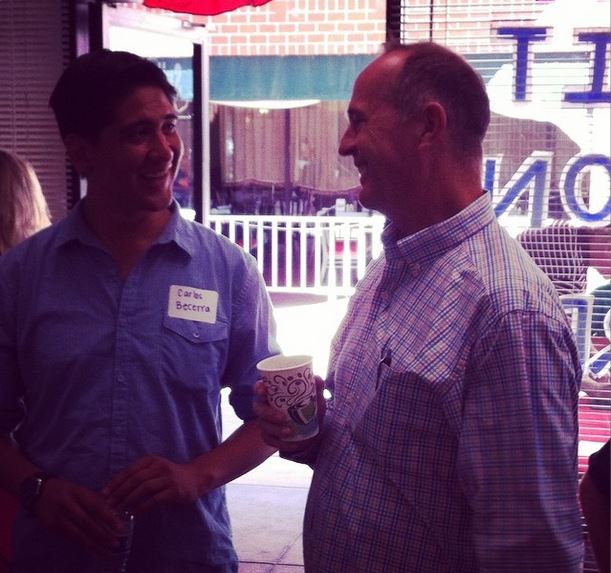 Background information on Mr. Becerra was also provided that makes clear he is a very radical leftist activist who is hostile to property rights, wants to get rid of the free enterprise system, and denounces Anaheim police officers as thugs and “a gang.”  This is Becerra’s view of law enforcement: 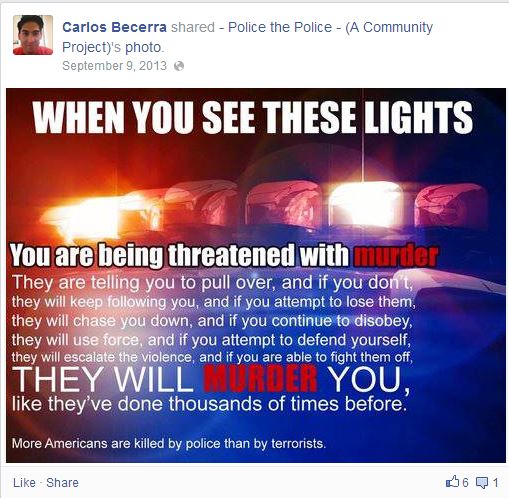 Activists volunteer their time and support to candidates who share their views and whom they believe will advances the causes and issues they believe in. Becerra is very impassioned about the direction in which he wants Anaheim politics and government to move. That direction is a sharp turn to the left.

So why does someone who is fighting for leftist policies in Anaheim supporting Tom Tait’s re-election? Why does someone who thinks the police of murderers and wants society to “transition” away from private property want Tom Tait to be mayor for four more years.

Mayor Tait knows Becerra, knows what his politics and views are, and obviously is perfectly comfortable that his track record as mayor has attracted the support of a committed local leftist.

Becerra isn’t an isolated example. Mayor Tait presents himself as the conservative conscience of the City Council, yet he’s attracted significant support from the more radical elements of Anaheim politics. These activists are delusional in their political beliefs, but they aren’t stupid when it comes to identifying candidates who will advance the policies they support. Orange County conservatives should be disturbed and alarmed by the level of support Mayor Tait has from radical activists, and start re-examining their assumptions about Mayor Tait’s politics.