Gunfight at the ARA Corral 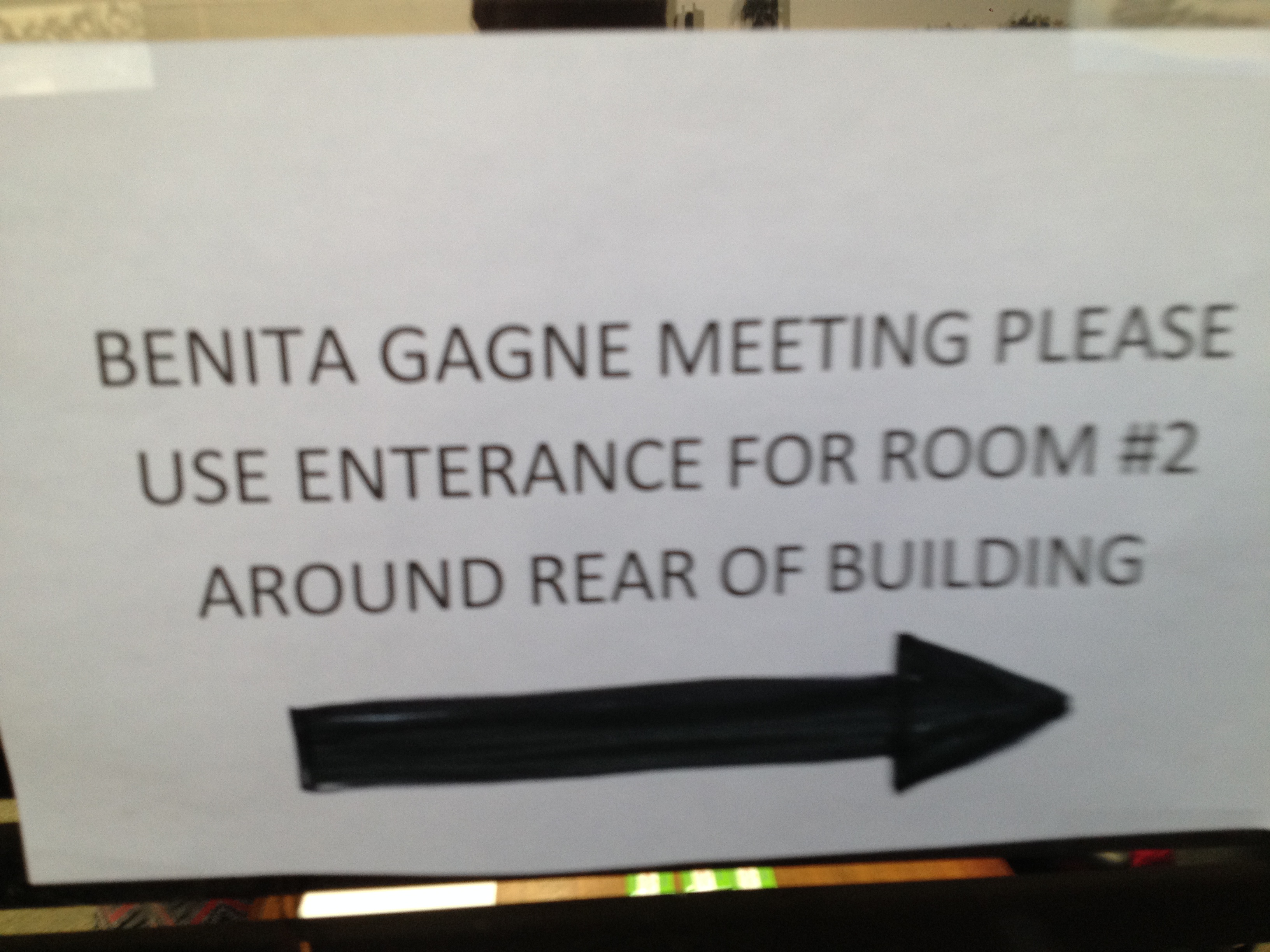 If you can’t find the “enterance,” please feel free to use the entrance.

I went to a meeting of the Anaheim Republican Assembly (ARA) tonight at the Northwest Orange County Republican Headquarters, in Stanton.

At the same time, in the next room, there was another meeting being held by a group purporting to be the Anaheim Republican Assembly.

For the last several weeks, the ARA has become the target of an old-school unit take-over attempt being organized by the Tait re-election campaign. Tait forces (including the Taits, Tait neighbor and insta-candidate Doug Pettibone, and janissaries such as Cynthia Ward and sidekick Brian Chuchua, and others weren’t even Republicans) stormed the meeting and attempted to dump unit President Steve Sarkis and replace him with Tait supporter Benita Gagne. Steve has been a GOP volunteer for years and years, but his status as a supporter of Lucille Kring for mayor marked him for liquidation. In the end, the coup apparently didn’t succeed.

In the next room, at the Tait ARA gathering, clapping could be heard.

Both meetings ended about the same time, and the Tait ARA attendees filed out. It looked to be the same folks involved in the July take-over attempt, plus George and Aaron Park, insurance brokers and conservatives-for-hire. Blogger brother Aaron (whose actions are single-handedly responsible for the idiotic and intrusive FPPC regulation of bloggers) looked as though he was competing for first prize in a “Dress Like An Obnoxious Tourist” contest. To me, that signaled collusion with the claque that has been in control of CTRA for the last couple of years.

“The Charter Review Committee has determined there were no elections in May, 2014 therefore the officers elected in May of 2013 are no longer in office and as such there have been no officers since the close of the May 2014 membership meeting.

The Charter Review committee in conjunction with the only current board member, by virtue of her position, District Director Benita Gagne, called a meeting for this evening and has re-organized the Anaheim unit.”
The letter concludes with the assurance that the state CRA Board will ultimately settle who are the “rightful officers of the Anaheim Republican Assembly.”

To these ears, that sounds like, “You’re out, they’re in” and they’ll get around to sorting things out in November.

I don’t know what was going on next door, but knowing the personalities involved (including Tim Whitacre, who is apparently the on-site campaign manager for Tait’s campaign; I don;t know if that was disclosed at OC GOP Central Committee on Monday night when Whitacre made the motion to endorse the mayor), my guess is they were endorsing the Tait Slate and either the Tait ARA or the Tait campaign will issue a press release announcing the Tait Slate has been endorsed by the CRA.

Mind you – that is my guess. By-laws may require them to agendizing an endorsement meeting for next month.

To those who wonder if the Tait ARA actions are all legal and on the up-and-up, the appropriate response is, “Does it really matter?” This is politics, and in my estimation the Tait camp will claim the endorsement, use it in mailers and drop pieces and worry about the legalities of CRA bylaws and such niceties later. Running for office isn’t beanbag.

In the meantime, there’s the original ARA and a rogue ARA claiming that status. You could well have Tait and Kring touting rival ARA endorsements.