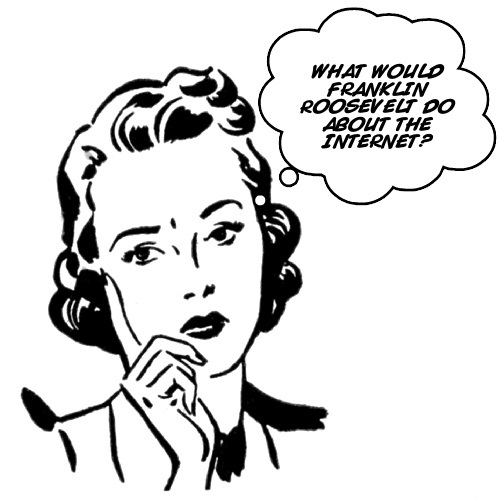 I wanted to write about an issue that, while not particular to Anaheim, impacts Anaheim and communities across the country.

The Internet is the fastest- moving technological game changer in history. It sparks innovation, speeds access to information and gives people across the country equal access to products and services, all while fueling investment, job creation and economic growth. This has been made possible through crowd-sourced innovation. Despite this success, however, some groups are maneuvering to fundamentally re-structure the Internet that has engendered these benefits.

Ironically, these advocacy groups want to solve this non-existent “problem” of this future-oriented technology by reaching into America’s Great Depression-era past for a “solution.” They want to take the sprawling, vibrant, round-peg that is the Internet, and cram it into the square hole of 1930s-era regulations that classified the U.S. telephone system as a government-regulated utility. Applying these static regulations to the constantly evolving Internet is not a good fit. Would you use stage coach regulations to regulate the electric vehicle industry?

These advocacy group want to give the Federal Communications Commission regulatory suzerainty over the Internet by empowering the FCC to dictate changes in Internet services, pricing, terms, conditions and infrastructure under Title II of the 1934 Communications Act. A variety of companies would be brought under the FCC’s regulatory sway, including AT&T, Verizon and Comcast, to Earthline, AOL and even Amazon’s Kindle.

In short, any company that transports data from one end of the Internet to the other would be subject to regulations laid down eight decades ago. Instead of continuing the tradition of a dispersed Internet standardization through the multi-stakeholder approach, the government would consolidate control into the federal government – an approach with a very poor track record.

Rather than irrevocably altering the dynamic nature of the Internet with sweeping and archaic regulation, critics might look at channeling their zeal to initiatives that extend high-speed broadband services, and the benefits they bring, to more people and businesses.

You can tell the FCC as much by visiting the agency’s website for taking comments in this issue (the deadline for public comments has been extended to September 15) – and if your representative in Congress is opposed to this antediluvian approach to the Internet, express your thanks and support.