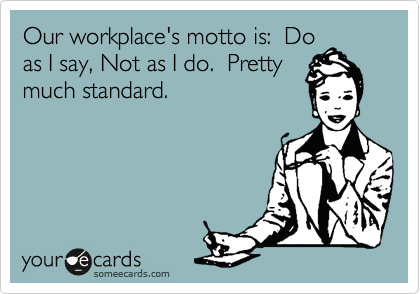 Subject: Kris Murray and Gail Eastman favor Democrats, DTS, and Other, over Republicans for Commission appointments

First, full disclosure:  I am the paid Campaign Manager for ‘Team Anaheim’ which consists of Mayor Tom Tait, Doug Pettibone, and James Vanderbilt.

The information I am submitting to you is factual and obtained recently and directly from City of Anaheim records.

In addition to the union contributions report emailed to the Full Committee last month regarding contributions received through 6/30/2014 (which parallels their voting record), both Kris Murray and Gail Eastman have another disturbing trait when it comes to governing like Republicans:  They have appointed TWICE AS MANY Democrats and other Party affiliations to city commissions than Republicans.

The acquiescence to union money in exchange for votes should in itself disqualify them from any serious consideration for an endorsement from the OCGOP.  However, if there was any doubt as to their lack of commitment to Republican Party building through city appointments, the attachment will confirm that fact.

I urge the Endorsement Committee to recommend a ‘no’ vote to the Full Body for Kris Murray and Gail Eastman.

Where to begin? There’s the reckless, baseless charge, frequently made by Tait surrogates, that everyone else on the council has exchanged votes for campaign donations. It’s not enough to have a policy disagreement with the mayor, but those disagreeing must be made to seem corrupt and odious. A malicious, unkind and untrue charge.

Furthermore, the attempt to paint Murray and Eastman as traitors to the GOP because they’ve appointed non-Republicans to city bodies like the Sister City Commission isn’t just comical – it’s hypocritical on several levels.

First, Mayor Tait voted for the appointees named in the list Whitacre sent out. That’s how the appointments work. Individual councilmembers nominate, and the whole council votes for or against the appointment. If those appointments constitute a lack of commitment to “party building,” then why didn’t the mayor object to them, or vote against them? When Jordan Brandman recently nominated Democrat (and former council candidate) Bill Dalati to the Planning Commission, the mayor had no objection.

If we are supposed to believe the party registration of city commission appointees is the acid test of one’s commitment to building the Republican Party, then shouldn’t Team Tait member James Vanderbilt’s endorsement in 2012 of Democrats Tom Daly for Assembly and Jordan Brandman for City Council make him equally a betrayer of GOP party building?

If Mayor Tait’s campaign is going to attack Kris Murray and Gail Eastman for not subjecting city commission aspirants to a partisan political test, then how to explain Mayor Tait’s appointees to the Anaheim Citizens Advisory Committee on Elections and Public Participation (CAC), charged in 2012 with making recommendations to the city council on whether and how the change the way the council is elected? Each councilmember made two appointments to the CAC and Mayor Tait appointed two Democrats – one of them a liberal who had just moved into Anaheim and was a source of funding for OCCORD, the left-wing advocacy group whose mission is to change Orange County from red to blue, starting with Anaheim. Tait’s CAC appointees worked hand-in-glove with the left-wing groups seeking to overturn the Republican city council majorities from which Anaheim has long benefited.

How was that a “commitment to Republican Party building through city appointments”?

Last but not least, where is the “commitment to Republican Party building” in Mayor Tait’s role as leading spokesman for a political campaign (Measure L) funded by unions and left-wing organizations (none from Anaheim) to re-structure council elections in order to produce Democrat majorities enacting liberal policies?

Perhaps the Team Tait campaign can explain that to OC GOP Central Committee members in the next e-mail.