Cops With Kodaks Will Not Increase Governmental Transparency

During the meeting of the Anaheim City Council last week, Mayor Tait commented on its approval to spend $1,100,000 for cameras to videotape police activities, a technology whose effectiveness has not yet been firmly established. Tait referred to “developing transparency, accountability, and trust throughout the community.” I was reminded of words spoken by another governmental official. 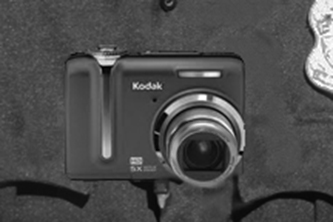 to creating an unprecedented level of openness in Government . . . to ensure the public trust and establish a system of transparency, public participation, and collaboration.” To date, these predictions by President Obama as he began his first term remain spurious.

Reaction to the unanimous vote of council members was immediate: “Fabulous. We’re going to be even more effective. . . Anaheim at its best, at the forefront of new technology . . . One more step in alleviating uncertainty, and developing transparency, accountability, and trust throughout the community.” The hope for more transparency and the commitment to it, however, will soon disappoint. Cops with Kodaks cannot nullify California state laws and court decisions limiting—and sometimes prohibiting—public disclosure of a wide scope of information.

A decision by the California Supreme Court in 1991 and subsequent decisions have limited and often eliminated governmental transparency. For example, a 1991 decision protects police departments from public disclosure: “The key question in every case is whether disclosure of the materials would expose an agency’s decision-making process in such a way as to discourage candid discussion with the agency and thereby undermine the agency’s ability to perform its functions.”

The California Government Code (§6254) states that public disclosure of records such as police complaints, police reports, and investigatory files is not required, and any materials ruled exempt from disclosure at any point are permanently exempt. In short, state law identifies many exemptions that permit police and other civic departments to shield records forever from public disclosure. Video collected from police cameras will likely fall into this category.

Increasing governmental transparency is more an ideal than an attainable goal, a reality that will disappoint scores of local residents. Despite mayoral mantra, cops with Kodaks cannot develop transparency.