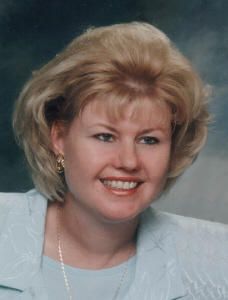 According to TheLiberalOC.com, a member of Tom Tait’s re-election campaign staff has quit his campaign and endorsed rival mayoral candidate Lorri Galloway, who was termed off the City Council in 2012:

TheLiberalOC has learned that Pastor Stephanie Stieler, who served as a field operations manager for Anaheim Mayor Tom Tait’s re-election effort, has resigned from the Tait team and has joined the campaign for Lorri Galloway for Mayor.

Lorri Galloway sent us this statement this morning:

“She (Pastor Stieler) has offered her total support, but most of all her prayers for our success.  The reason that I share this is not to boast but to share a window into my world and the reality of our campaign’s purpose.  For me, politics have never been about power and influence, but it is what I know to be God’s will for my life of service.

Before I ever announced my intention to run for Mayor of Anaheim, amazing people of faith have come to me, not by my asking, but by their own will and they have surrounded me and covered me as powerful prayer warriors.   They pray for my family, my home, my business – The Eli Home for Abused Children, and anything that may come under attack because of my calling.

Along with my wonderful prayer warriors, people of all ages, color, nationality and belief, have joined with us in knowing that our great city of Anaheim, after 157 years, is on the cusp of change in many more ways than one.  Many people ask me how and why I have the will and energy to take on this battle.  The peace in my heart tells me that the battle is already won, and my most important task is to walk humbly with our God.”

You can read the rest of the post here.

Whatever happened at the Tait campaign to cause Pastor Stieler (who runs the First Light International Foundation in Anaheim) to jump ship must have been pretty significant, since less that two weeks before she at the council meeting publicly praising the Mayor and his chosen council candidates, Doug Pettibone and James Vanderbilt: