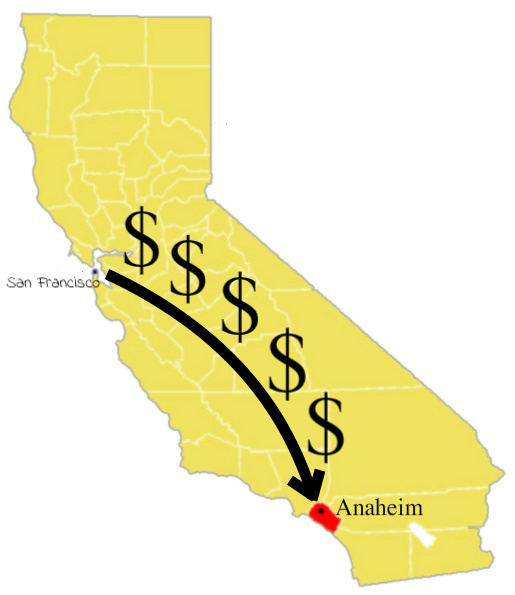 PowerPac.org Voter Fund, a progressive political advocacy group based in San Francisco, has donated another $5,000 to the Yes on Measure L campaign, which seeks to replace the current at-large system for electing the city council with a by-district system.

Currently, each Anaheim voter is represented by the mayor and four council members who are accountable to them. If Measure L succeeds, each voter will have their representation reduced to a single member of the city council, and will have no vote on the other councilmembers.

The PowerPac.org Voter Fund has already given $45,000 to the Yes on Measure L campaign, part of a trend of unions and progressive political organizations from outside of Anaheim – and in some case from outside the state — financing this measure to re-write the rules on how Anaheim citizens elect their city council. Thus far, not a single dime of Measure L financing has come from within Anaheim.

At some point, one would expect the Tait-Vanderbilt-Pettibone – not to mention Jose F. Moreno — to condemn this, give they are basing their campaigns on opposing the influence of outside special interests trying to control the politics of Anaheim.