This is according a presentation in January 2014 – several days after the City of Anaheim-ACLU settlement agreement placing by-district elections on the ballot – by the OCLF, entitled “Analysis of the 2014 Elections In Orange County”: 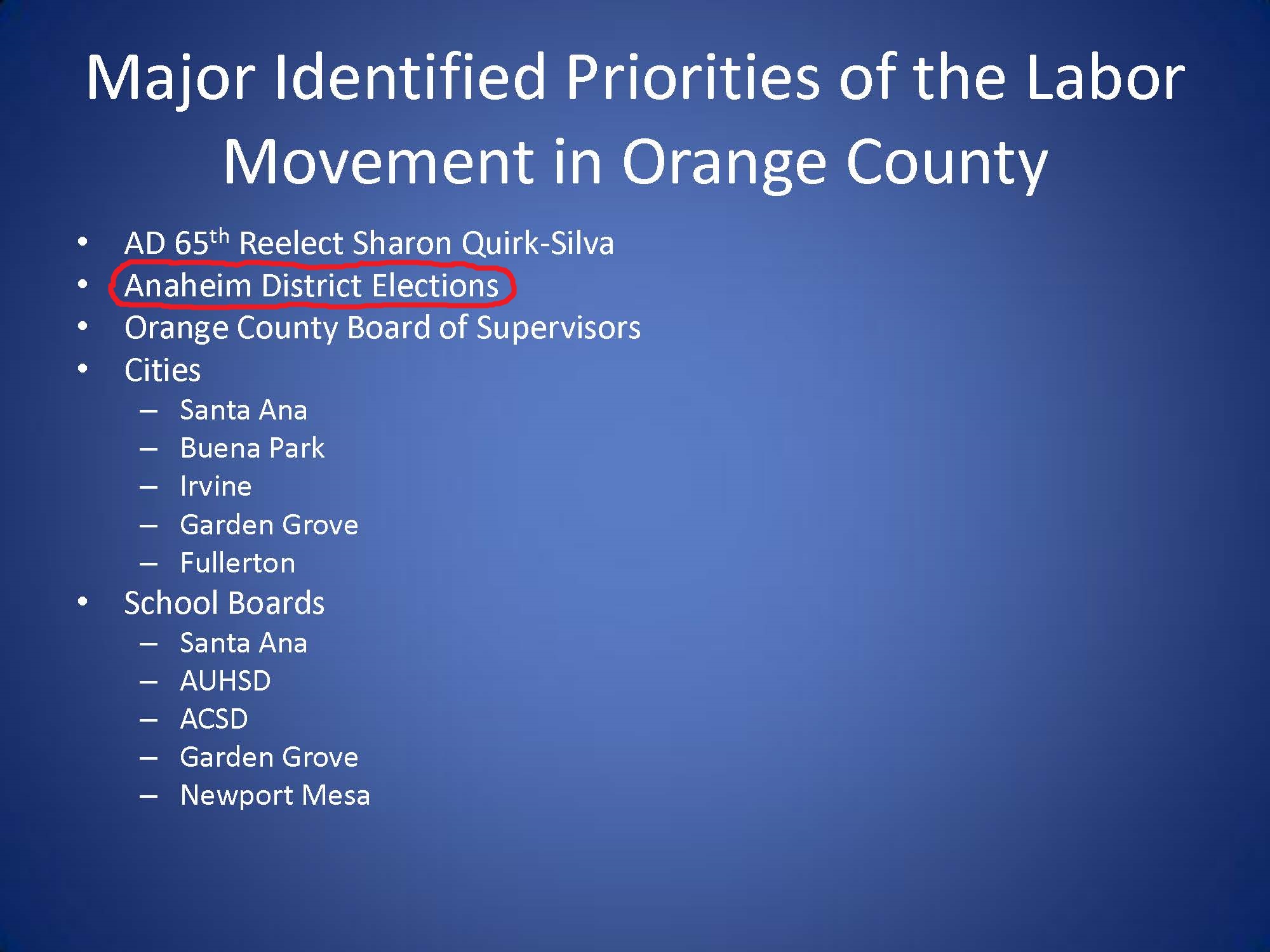 So, nine months ago, the AFL-CIO chapter in Orange County decided that changing how Anaheim citizens elect their city council was second in importance only to preserving the Democratic super-majority in the Assembly. Since OCLF campaign support is given almost exclusively to Democrats, the upshot is it sees Measure L as a prime opportunity to permanently end the Republican council majorities that have governed Anaheim. Since then, the OCLF has contributed at least $20,000 to the Yes on Measure L campaign.

This raises the question of why Mayor Tom Tait continues to be a strong and outspoken supporter of Measure L? After all, standing before the OC Republican Party, he has publicly attacked his Republican council colleagues and called their support for hotel development assistance agreements a “cancer on the party.”  By-district elections in Anaheim will not end such agreements – but they will lead to the election of Democratic council majorities that will pass LA-style versions of those agreements: “living wage” mandates, unionization requirements, project labor agreements and prevailing wage requirements, retention ordinances and other re-distributive “community benefits.”

In other words, Measure L will lead to more malignant versions of the “cancer” Mayor Tait professes to deplore. At some point, Mayor Tait needs to explain how he reconciles claiming the endorsement of the Republican Party while being such a strong, vocal ally of a left-wing political project to marginalize the Republican Party in Anaheim.