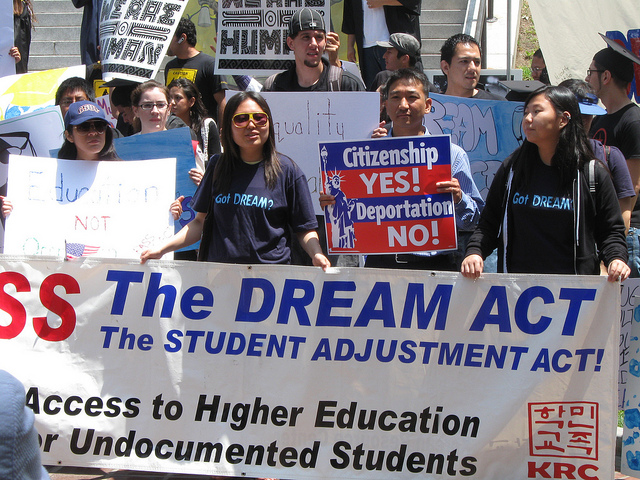 Campaign contributions from outside of Anaheim continue pouring into the left-wing campaign to change how Anaheim citizens elect their city council.

The Korean Resource Center of Los Angeles has contributed $20,000 to the Yes on Measure L campaign. I called the KRC to ask why it is involving itself in a campaign to change Anaheim city council elections from at-large to by-district, and was put through to Director of Digital Yong Ho Kim.

Mr. Kim said KRC has been working with OCCORD, OCCCO and other groups on “civic engagement” and “voter education” (I used quotes because those are rubrics under which progressive non-profits obtain grant money for to engage in political activity) for several years – mainly in Buena Park and  Fullerton, and to a lesser degree in Anaheim and Garden Grove.  The KRC has an office in Buena Park.

Mr. Kim said the KRC’s donation was a “contract grant” to the Yes on Measures L and M campaign to fund educating Korean-American voters in Anaheim to support by-district elections and enlarging the city council.

When I asked why KRC supports Measure L, Mr. Kim gave several reasons. First, KRC believes by-district elections will amplify the votes of Korean-American voters by concentrating them in a couple of West Anaheim council districts. I asked him if he thought citizens could only be authentically represented by councilmembers of their own ethnicity; Mr. Kim said he did not agree with that. At the same time, he thinks there are a significant number of Latino voters who want to elect counclmembers of their own ethnicity, and by-district elections would accommodate that desire. Kim acknowledged that while that is not necessarily a good thing, he thought Anaheim’s at-large system was an obstacle to that kind of voting, and a by-district system would be amenable to ethnicity-based voting.

Mr. Kim was surprised when I told him that the funding for Measure L was coming from outside of Anaheim; he was under the impression that OCCORD and OCCCO are Anaheim-based groups (OCCCO is located in Anaheim, OCCORD is not).

I have the distinct feeling that if Measure L prevails in Anaheim, next stop for the left-wing campaign to turn OC blue will be lawsuits or political action to bring by-district council elections to Fullerton, Buena Park and Garden Grove (a CVRA lawsuit demanding by-district elections has already be filed in Fullerton).