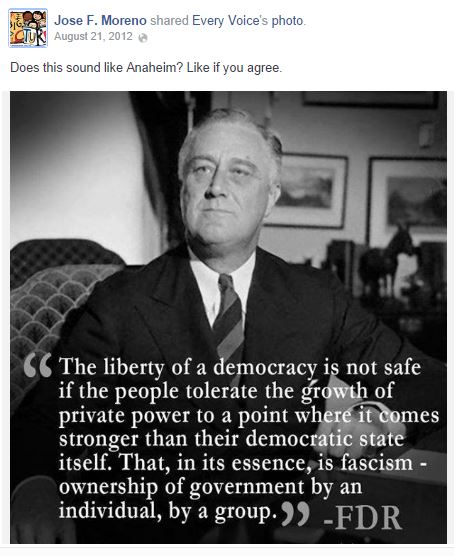 Moreno’s agreement is obviously implicit in his posing the question, and in how he poses it. Would any person of reasonable political philosophy and temperament even ask other’s if they think FDR’s description on fascism applies to Anaheim? Taking in the context of Moreno’s leftism and political statements, it’s pretty obvious who believes this quote applies to Anaheim city government ad politics.

It’s also interesting to see who signified their agreement by following Moreno’s invitation to “like” his post:

It’s silly and ignorant to even remotely compare politics and government in Anaheim as fascist, and is a powerful indication of how far out-of-step Moreno is with the average Anaheim voter.