“The Money Keeps Rolling In For Yes on Measure L” 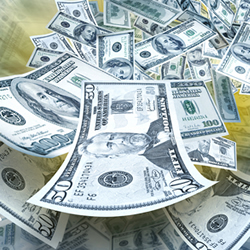 It’s been a week or so since we’ve checked in on the outside special interest money rolling in for Measure L, which would replace the current at-large election system with by-district elections. If Measure L passes, Anaheim voters would go from having four representatives on the city council to only one.

I noted already how another local left-wing non-profit, the Orange County Congregation Community Organization served as a vehicle for funneling $20,000 from The Tides Center, an ultra-left outfit in San Francisco that is tied to George Soros and the Occupy movement.

Also, $20,000 from the Korean Resources Center of Los Angeles.

At the end of September, Disneyland Worldwide Services contributed $41,095 – basically an in-kind contribution buying spots on slate for “Yes on L.” Disney’s contribution isn’;t a real surprise: the company officially came out in support of by-district elections more than a year ago. Also, at the end of the day it is a politically Democratic corporation, and since by-district election proponents have, at the media level, cast their campaign as advancing Latino political aspirations, there is no way Disney will want to be seen as unsupportive of that.

The most recent contribution to the Yes on L effort comes in the form a $20,000 contribution from the Garden Grove-based Orange County Asian and Pacific Islander Community Alliance (OCAPICA), Inc. (located a few short blocks from the UNITE-HERE Local 11-owned building that houses UNITE-HERE, OCCORD and the Yes on L and M campaign).

I’m not certain off the top of my head where that puts the Yes on L campaign, but I think around $370,000 has come in from progressive sources all over the state and the country to alter how Anaheim elects its council. And not a dime of it has come from Anaheim. That’s says something about how much “the people” of Anaheim care about this measure when not a single person out of 350,000 souls is motivated to write a check.