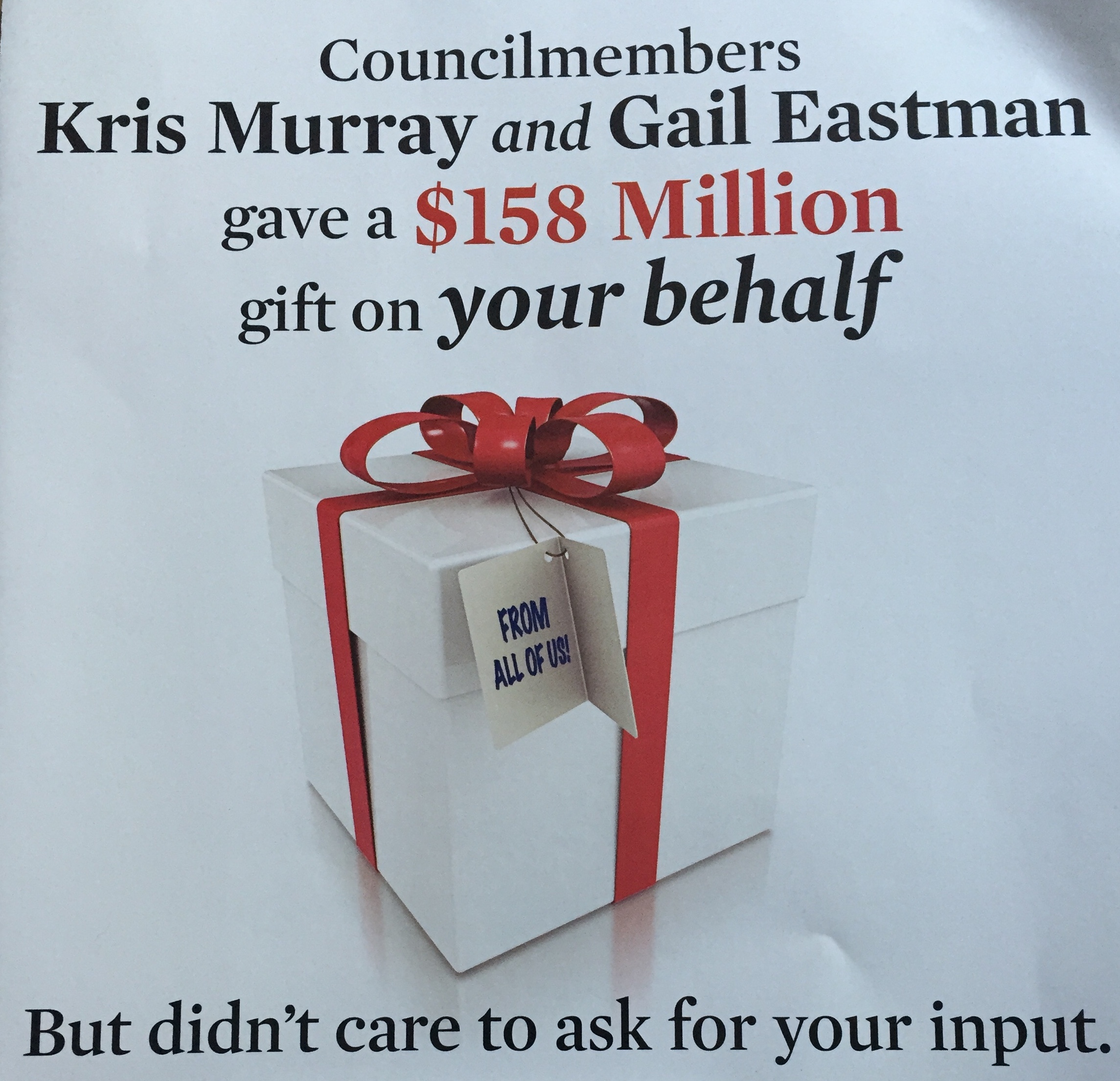 If you could spend $49,750 on anything in your community, what would you spend it on? Just to make it a little easier, here are a few options of what that kind of money buys you in Anaheim:

A. Annual tuition for 199 low income kids to attend the Anaheim Boys and Girls Clubs after school programs.

B. One week of tuition for 239 toddlers to attend preschool at the Anaheim YMCA.

It appears Mayor Tom Tait, who has spent his entire first term of office espousing a platform of “kindness,” prefers option E.

As this FPPC filing shows, the Tait Family Trust is funding $49,750 in campaign attack mail aimed at Mayor Pro Tem Kris Murray and Councilwoman Gail Eastman, his two Republican colleagues. And the hits are just getting started with a hit piece dredging up their votes on GardenWalk from nearly two years ago.

As a councilman, Tom Tait voted for the original GardenWalk agreement in 2001 – back when the deal called for a 50 percent share of TOT to just one developer. Tait voted for GardenWalk AGAIN in 2002, extending those same terms to any developers that would build four-star hotels in the resort area.

But it gets better – Tait also voted to split sales tax revenue to incentivize the development of the GardenWalk mall. Not once did he ask for a public vote on any of those agreements. Yet he took tens of thousands in campaign donations from developers and resort-based businesses over the 14 years he’s run for office in Anaheim.

Just to make sure the facts don’t get in the way of the narrative, $49,750 of family money is being spent to bludgeon his colleagues. And what is he trying to sell Anaheim voters? That vital city services are being short changed because Murray and Eastman gift wrapped a full TOT split – a claim Tait should know is outrageous because the city’s finance director keeps reminding him during Council meetings.

Tait’s family-funded attacks speaks volumes about what’s really going on in the “City of Kindness.”