This came over the transom from the Anaheim Firefighters Association: 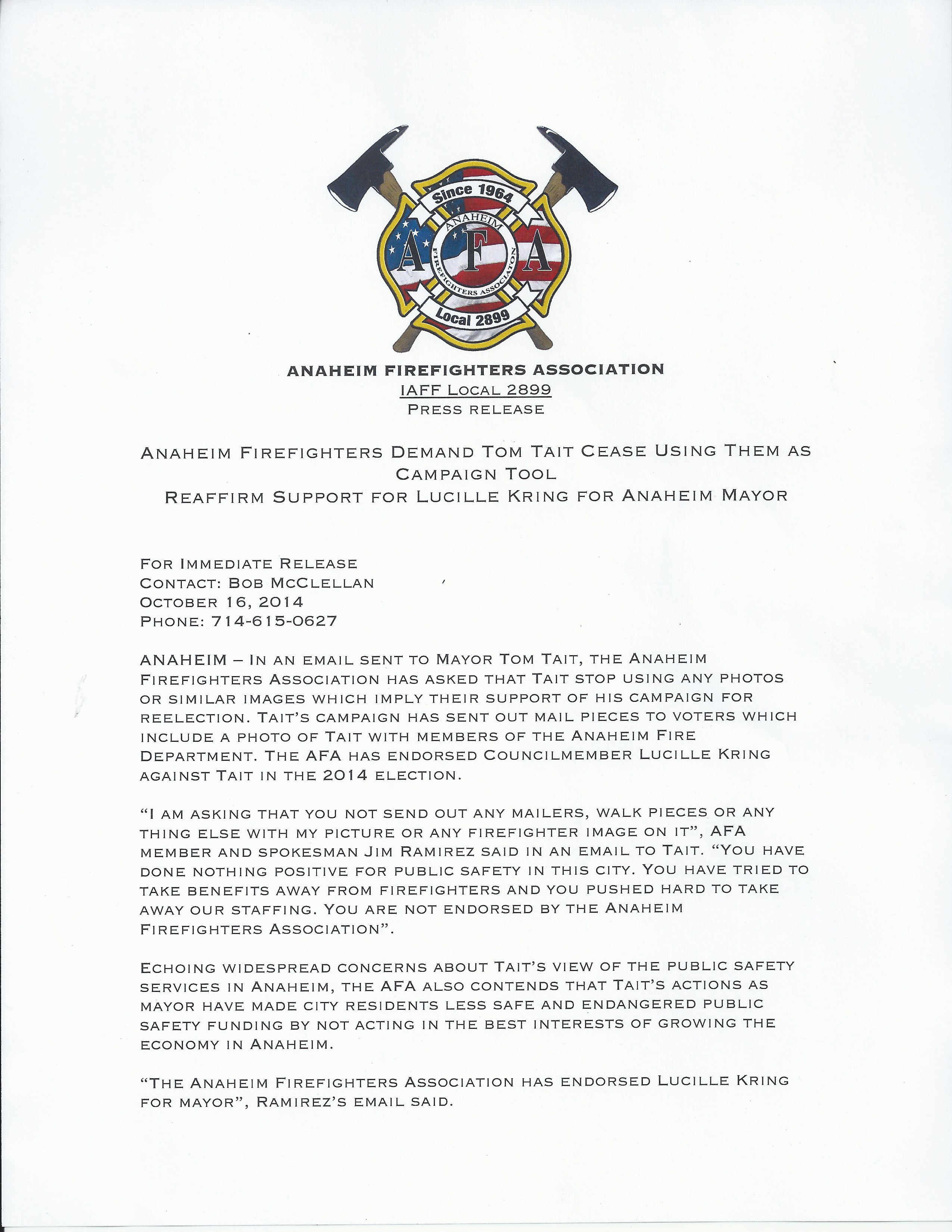 The press release is referring to this mailer from the Tait campaign:

The mailer in question.

This circled photo is from the 2010 campaign, when both the Anaheim Firefighters Association and the Anaheim Police Association endorsed Tait for mayor. Funny how how having a public employee union endorsement wasn’t a bad thing when Tait received it in 2010, but is now considered the Mark of Cain by the Tait campaign’s more vociferous advocates.