Anaheim Police Association Calls On Tait To “Cease and Desist” 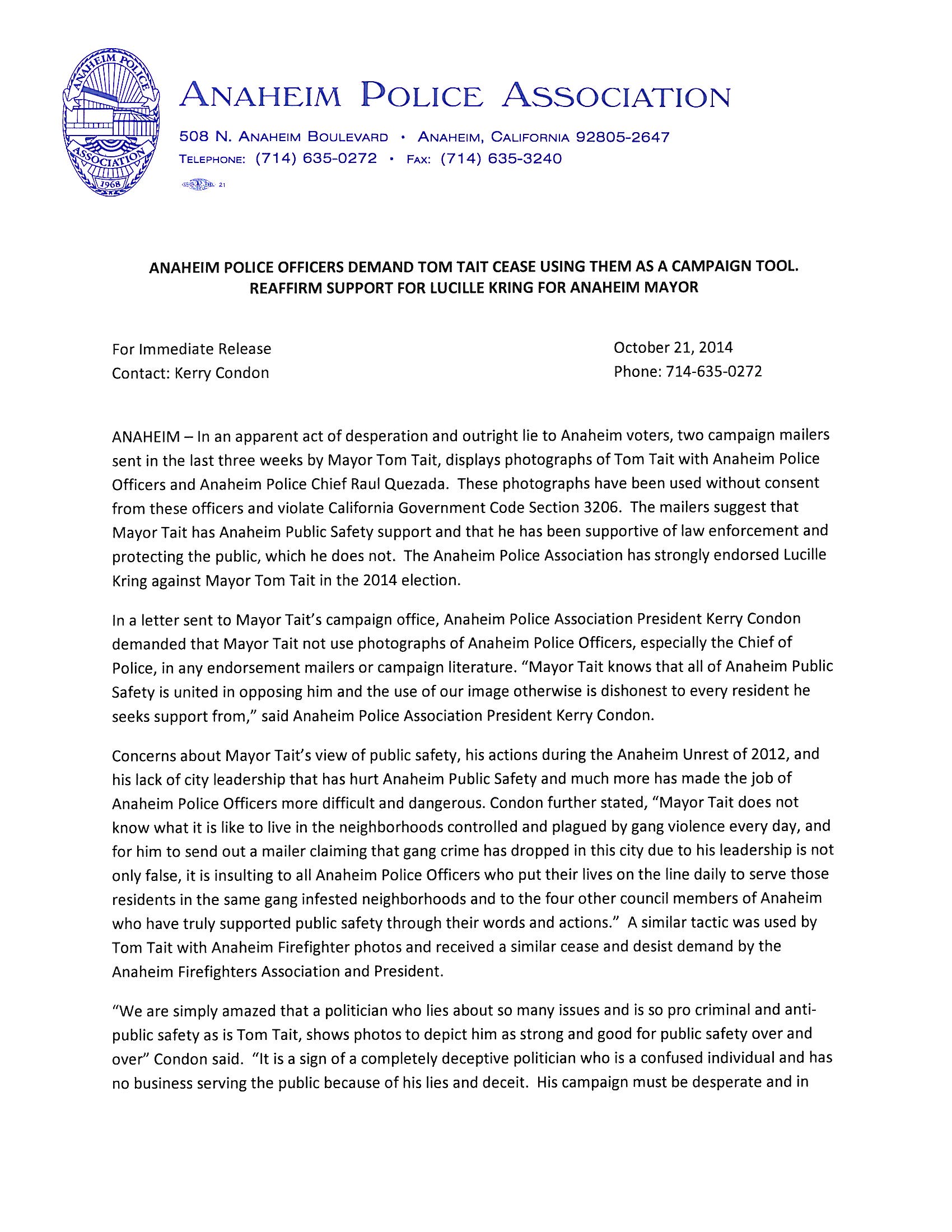 Here is one of the mail pieces to which the APA is objecting, which landed in mail boxes over the weekend 9I haven’t seen the other to which the press release refers): 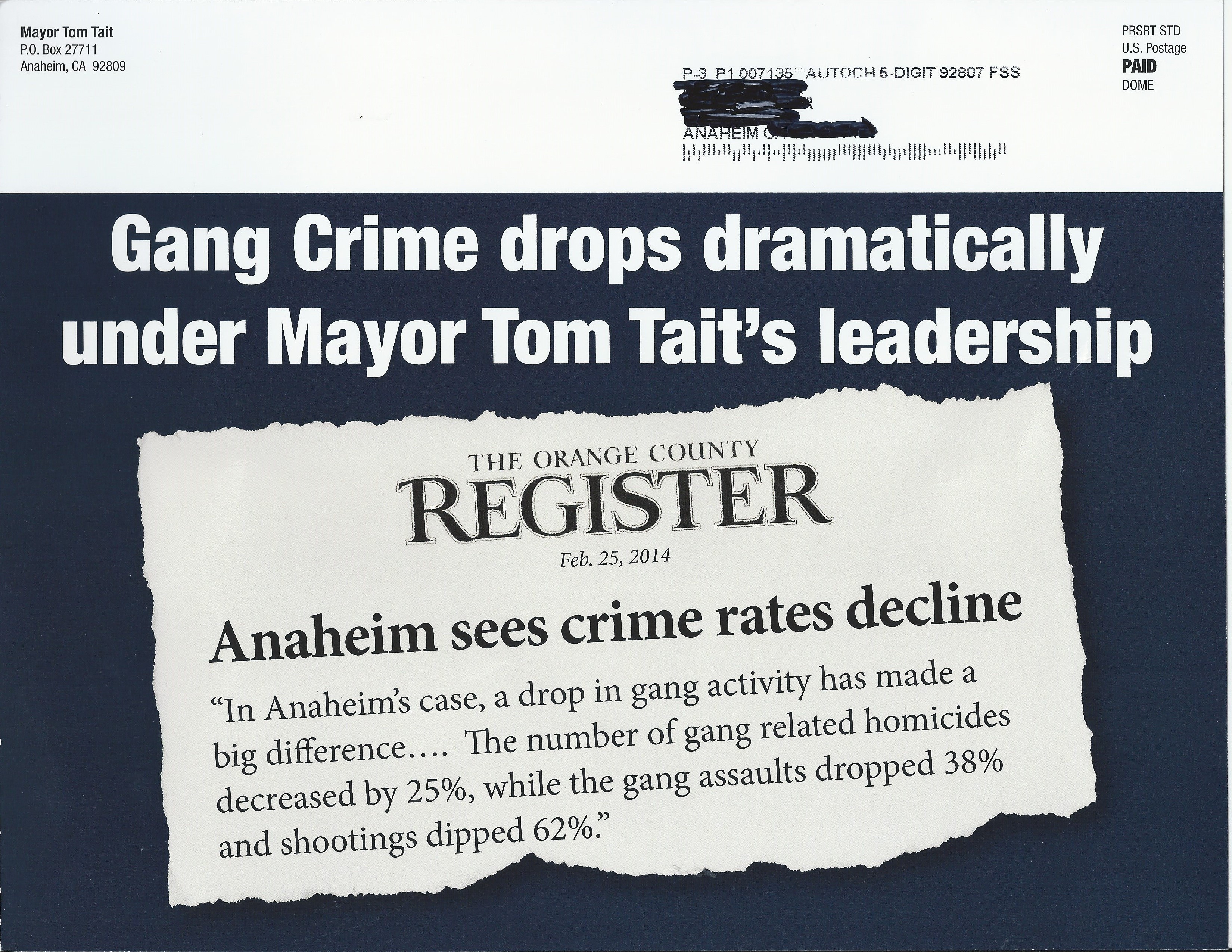 Following is the text of the press release.

ANAHEIM – In an apparent act of desperation and outright lie to Anaheim voters, two campaign mailers sent in the last three weeks by Mayor Tom Tait, displays photographs of Tom Tait with Anaheim Police Officers and Anaheim Police Chief Raul Quezada . These photographs have been used without consent from these officers and violate California Government Code Section 3206. The mailers suggest that Mayor Tait has Anaheim Public Safety support and that he has been supportive of law enforcement and protecting the public, which he does not. The Anaheim Police Association has strongly endorsed Lucille Kring against Mayor Tom Tait in the 2014 election.

In a letter sent to Mayor Tait’s campaign office, Anahe im Police Association President Kerry Condon demanded that Mayor Tait not use photographs of Anaheim Police Officers,especially the Chief of Police, in any endorsement mailers or campaign literature. “Mayor Tait knows that all of Anaheim Public Safety is united in opposing him and the use of our image otherwise is dishonest to every resident he seeks support from,” said Anaheim Police Association President Kerry Condon.

Concerns about Mayor Tait’s view of public safety, his actions during the Anaheim Unrest of 2012,and his lack of city leadershi p that has hurt Anaheim Public Safety and much more has made the job of Anaheim Police Officers more difficult and dangerous. Condon further stated, “Mayor Tait does not know what it is like to live in the neighborhoods controlled and plagued by gang violence every day, and for him to send out a mailer claiming that gang crime has dropped in this city due to his leadershi p is not only false, it is insulting to all Anaheim Police Officers who put their lives on the line daily to serve those residents in the same gang infested neighborhoods and to the four other council members of Anaheim who have truly supported public safety through their words and actions.” A similar tactic was used by Tom Tait with Anaheim Firefighter photos and received a similar cease and desist demand by the Anaheim Firefighters Association and President.

“We are simply amazed that a politician who lies about so many issues and is so pro criminal and anti­ public safety as is Tom Tait,shows photos to depict him as strong and good for public safety over and over” Condon said. “It is a sign of a completely deceptive politician who is a confused individual and has no business serving the public because of his lies and deceit. His campaign must be desperate and in disarray and needs to outright lie to the public and voters to try and win re-election.  We know the voters will see through this.” District Attorney Tony Rackauckas and all others in law enforcement and public safety agree on this point.

The Anaheim Police Association has endorsed strongly, early and unequivocally Lucille Kring for Mayor, and Kris Murray and Gail Eastman for re-election to city council.