Mayoral/Council tracking Poll In The Field 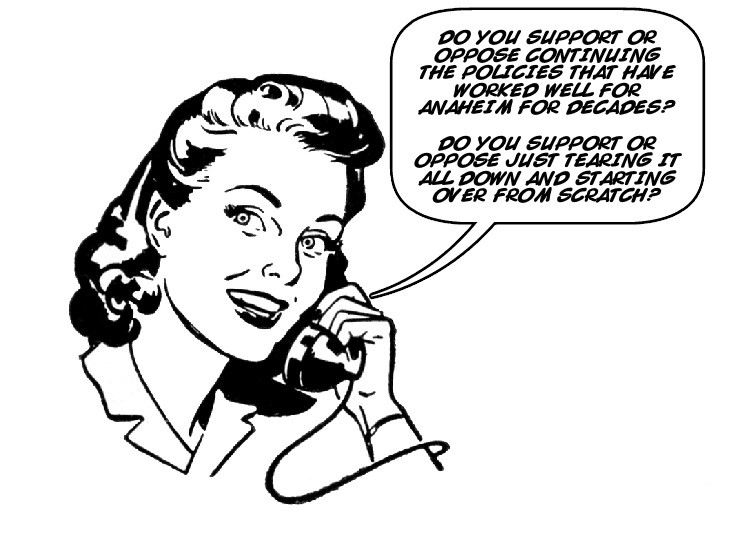 A friend of mine was called for a tracking poll less than an hour ago (about 5:30 p.m.):

1. Will you be voting in the November 4 election?

2. Do you have a favorable or unfavorable opinion of Lorri Galloway?

3. For the election of mayor, which of the following would you pick:

4. For Anaheim City Council, of the following what two will you pick?

5. For statistical purposes, which of the following describes your ethnic heritage? Will you say white/Caucasian, African-American, Hispanic, Asian, native American or something else?

6. Can I have your age please?