For more the last week a series if independent expenditures have been hitting the two official and one unofficial member of Team Tait with a series of negative mailers. Most have been hit against James Vanderbilt and Jose Moreno from the OCTax PAC.

The mailers targeting Moreno have focused on his “openness” to a variety of new and increased taxes such as a “gate” tax, for which his support goes back at least two years. This was the first to land, hitting mail boxes last week: 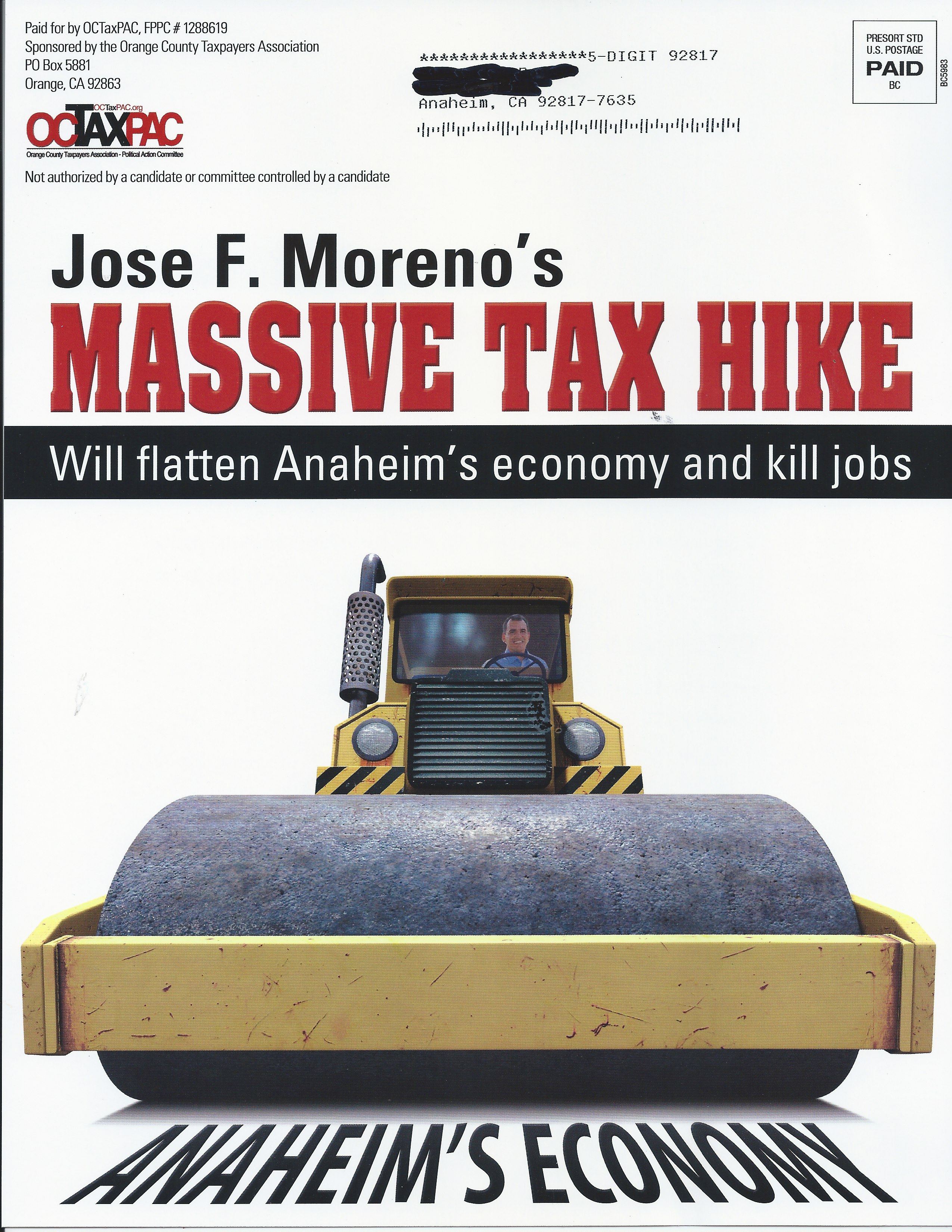 A second mailer landed over the weekend (which I don’t have at hand) and the third one landed today: 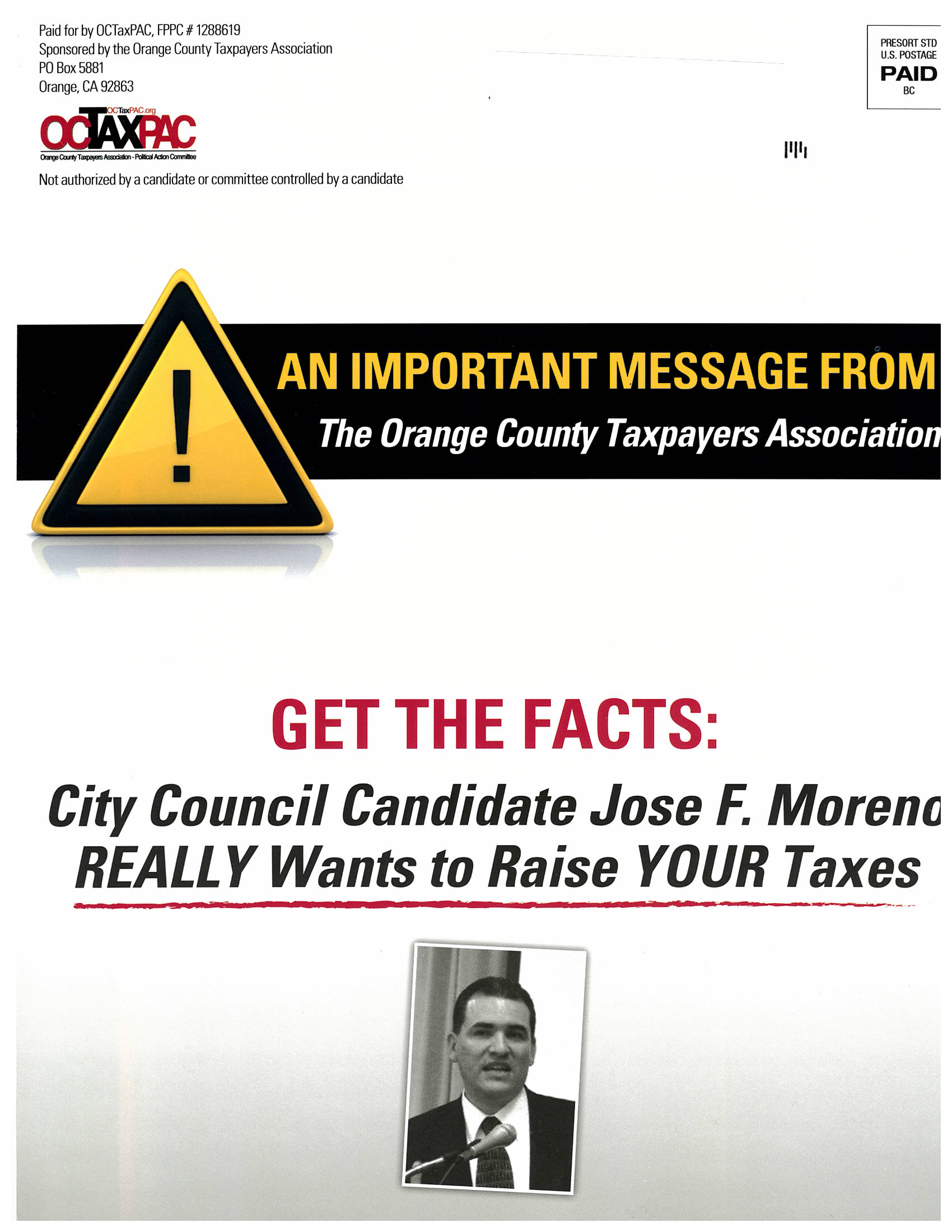