The surviving official member of Team Team is James Vanderbilt, Jose Moreno’s colleague on the Anaheim City School District Board of Education.

Vanderbilt has also been on the receiving end of at least three hit pieces in the last week, all from the OCTax PAC. Two of them have focused on Vanderbilt’s use of “educator” in his ballot title, even though his primary occupation is an administrator with the California Department of Veterans Affairs. This mailer hit mailboxes at the end of last week: 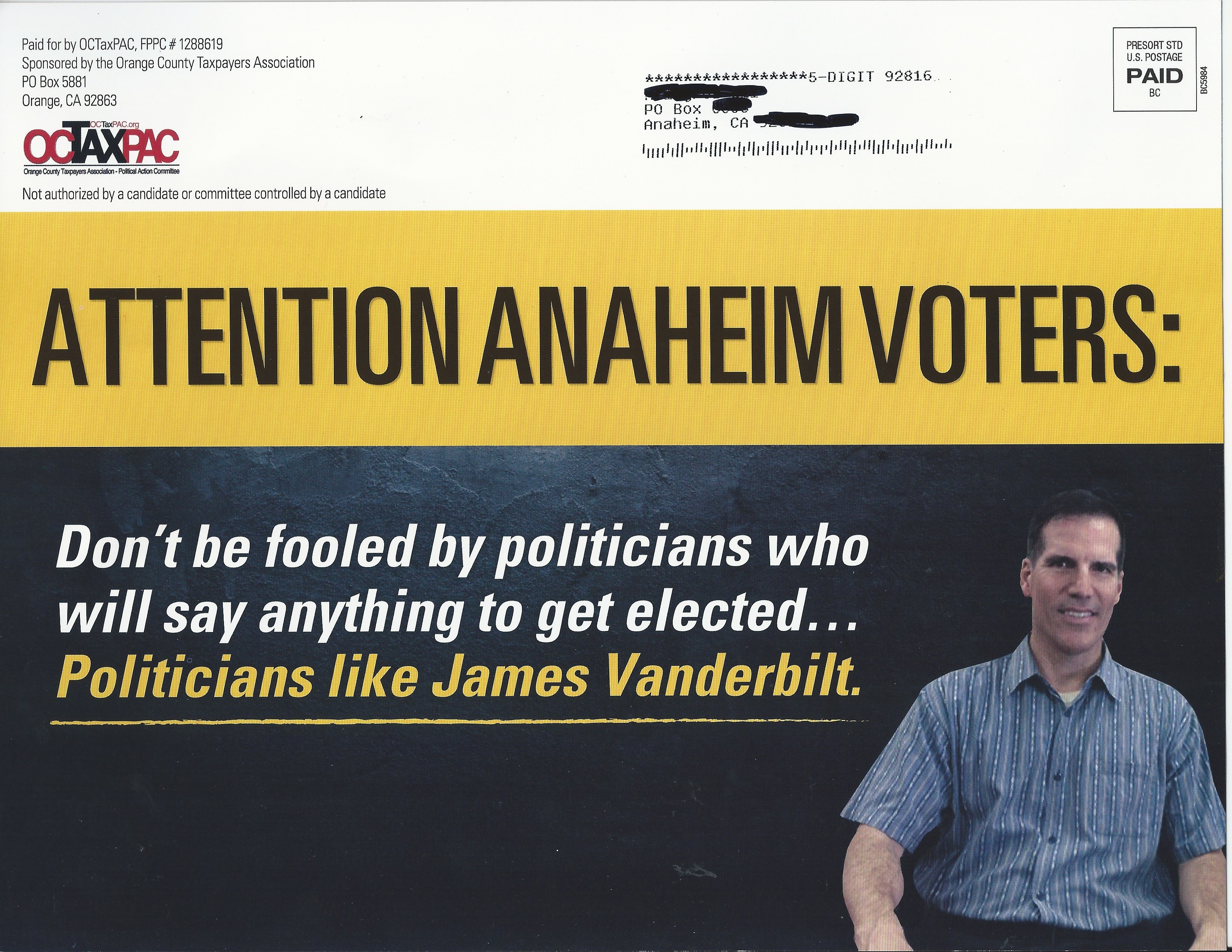 This one landed a day or two ago: 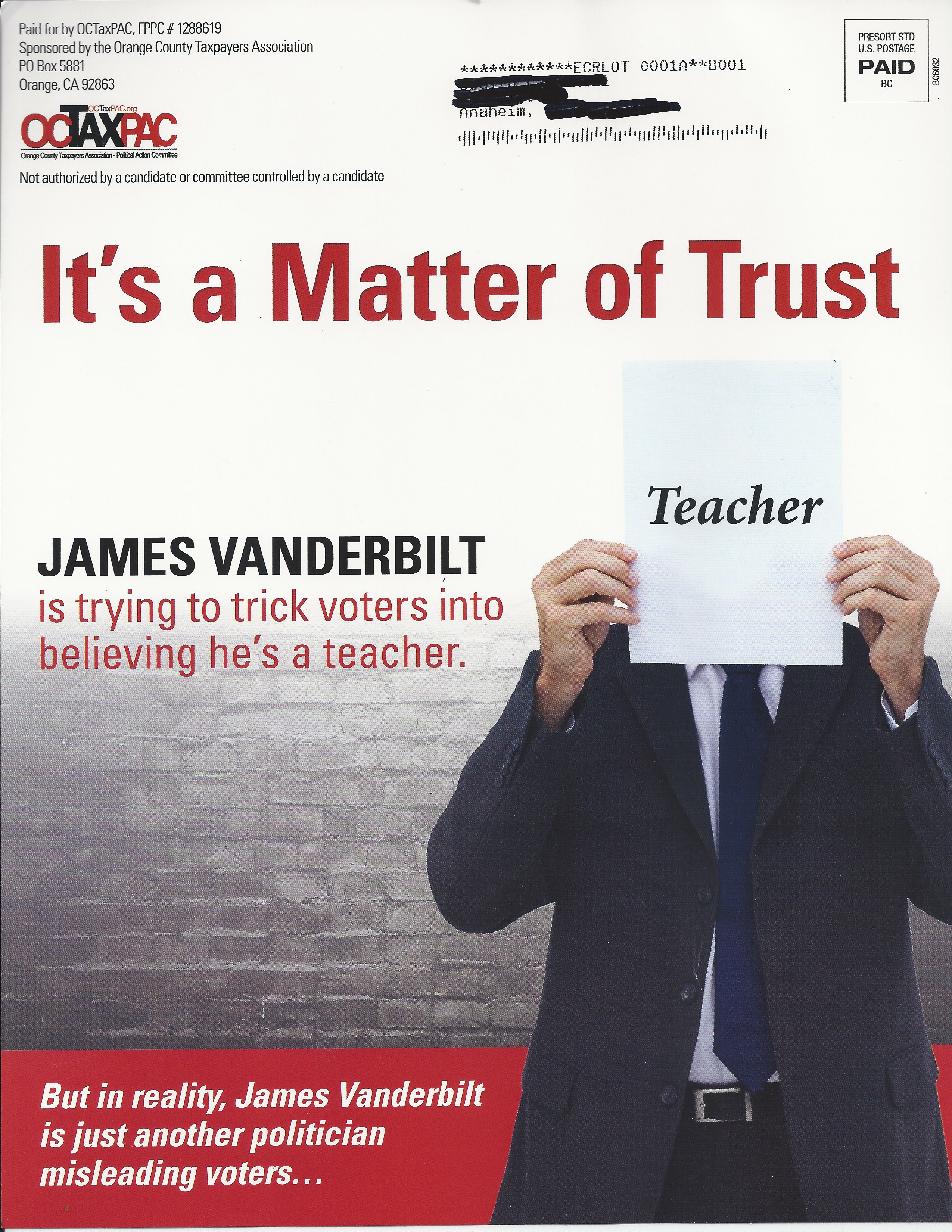 And in between was this comparison mailer – contrasting incumbents Kris Murray and Gail Eastman with Vanderbilt on fiscal issues: 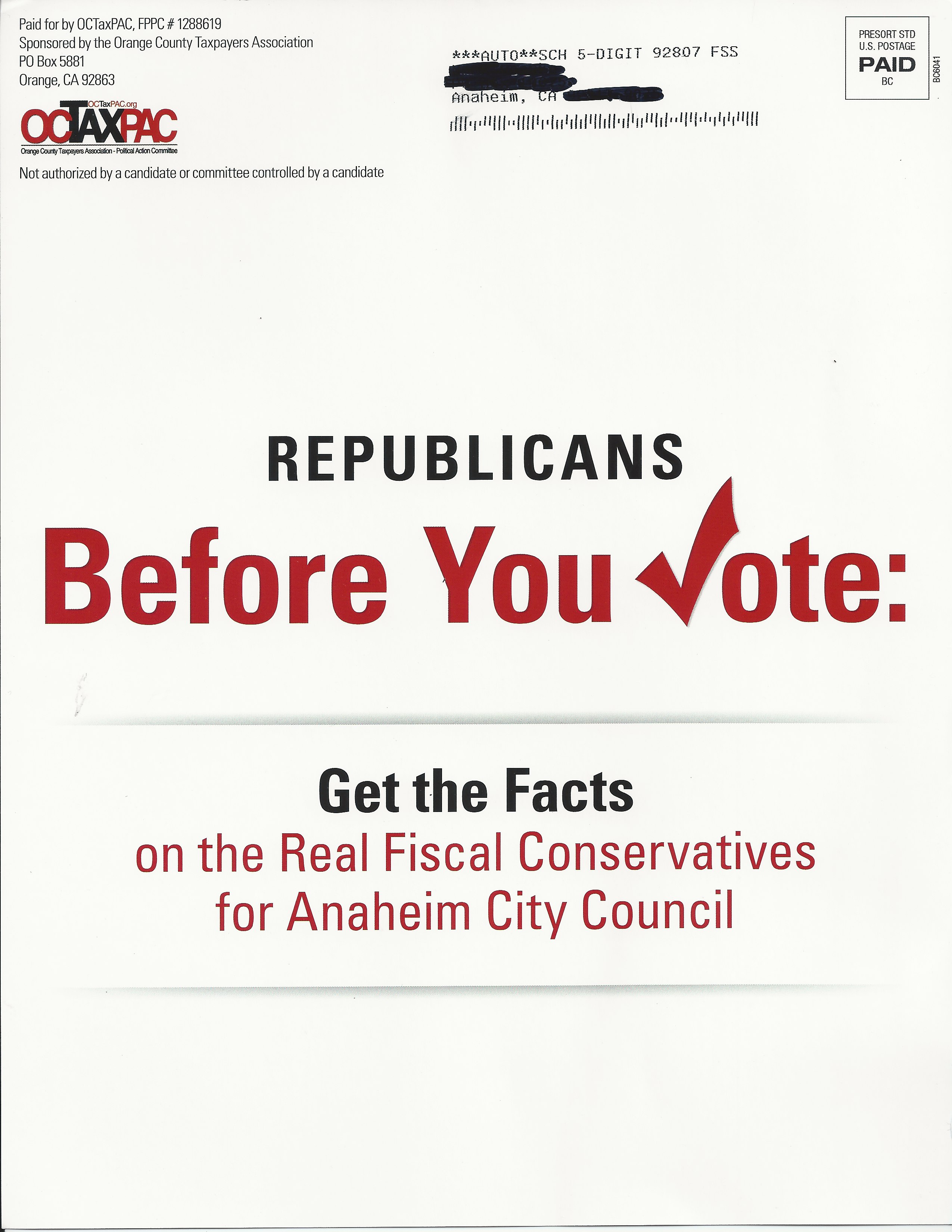