When he decided to run for Anaheim City Council at the beginning of the year, James Vanderbilt told both Mayor Pro Tem Kris Murray and Councilwoman Gail Eastman that he was mainly running to build up name ID, that he thought they’d done a good job and he wasn’t going to attack them.

So much for promises.

Yesterday, this mailer from Vanderbilt landed in voter mail boxes and in truth, Vanderbilt broke that promise “no attacks” pledge early in his campaign): 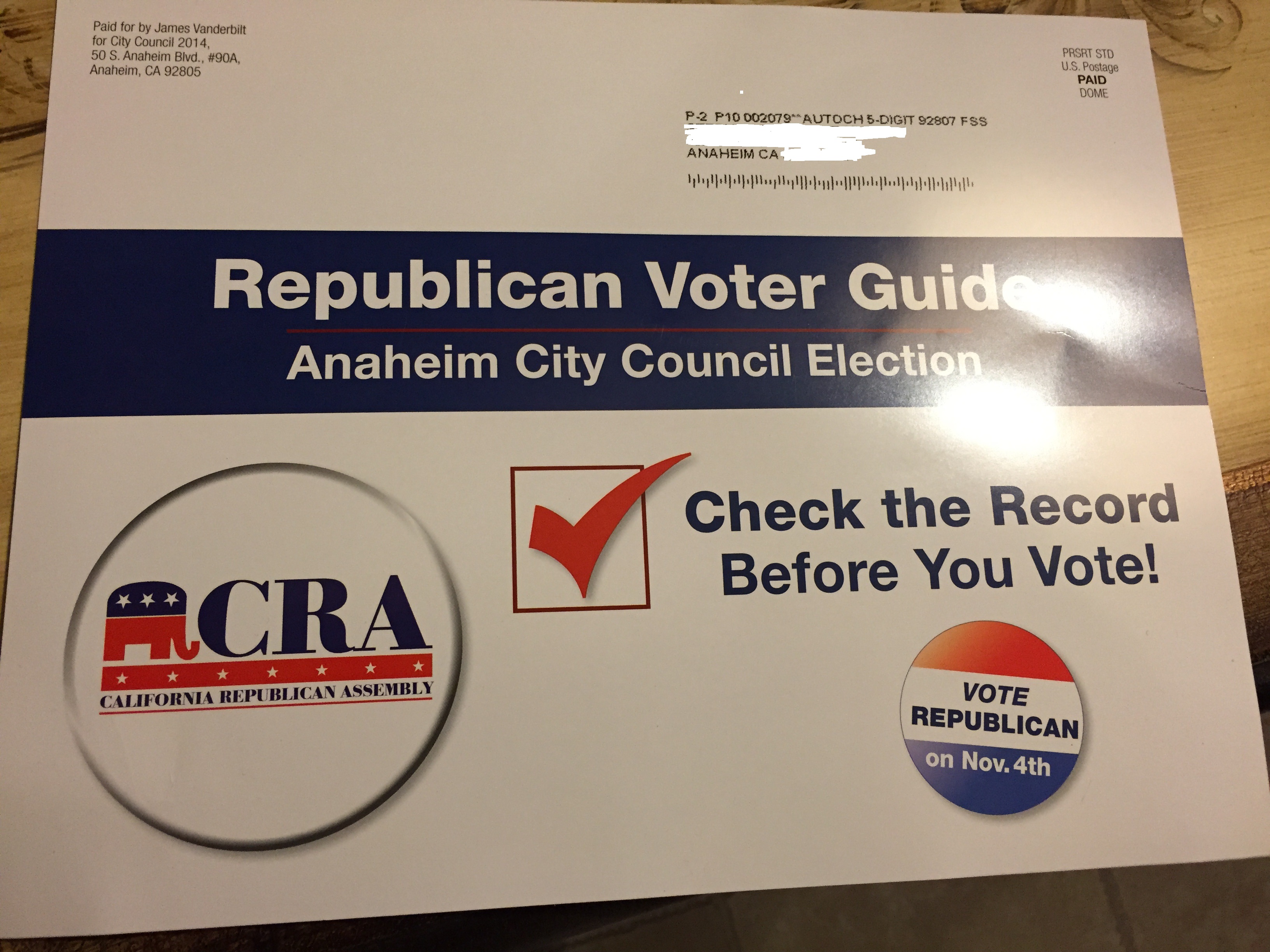 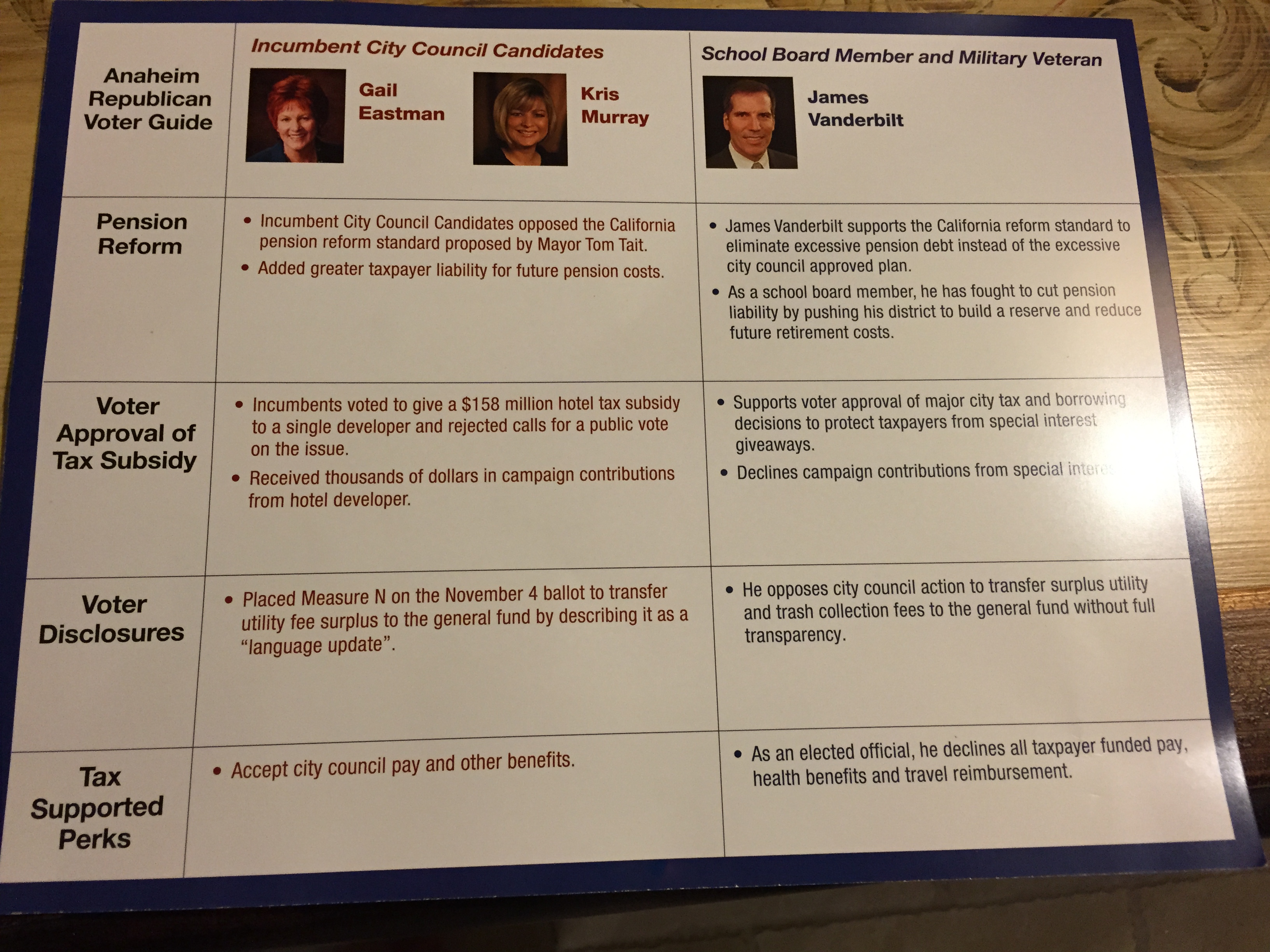 In the mailer, Vanderbilt tries to contrast himself with Kris Murray on Measure N by claiming she “Placed Measure N on the November 4 ballot to transfer  utility fee surplus to the general fund by describing it as a “language update.”

There’s no other way to say it: Vanderbilt is lying. I very clearly remember watching that vote: both Kris Murray and Tom Tait voted against placing Measure N on the ballot. I even checked the minutes of the July 22 meeting where the vote took place, just the be certain I wasn’t mistaken.

As Anaheim Insider pointed out yesterday, the Tait campaign posted on Facebook that Anaheim voters need to replace Kris Murray and Gail Eastman with “a new, honest council.” That’s typical of the kind of rhetoric wafting out from Team Tait. How does the mayor square that with this falsehood being promoted by Vanderbilt? Either Vanderbilt didn’t bother verifying his claim (something easily done) or he knew it wasn’t true and made the false claim anyway.