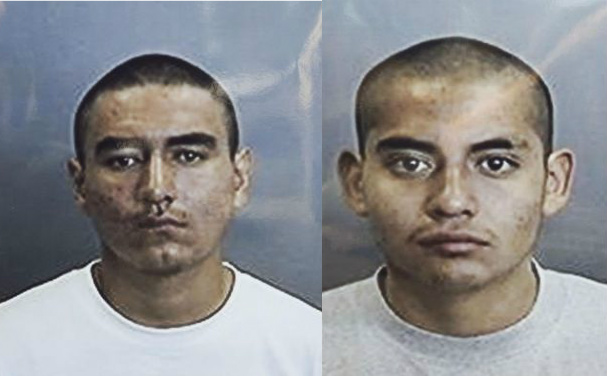 From the Orange County Register:

Ricardo Cruz, 19, of Buena Park and Alfredo Miguel Aquino, 20, of Anaheim, both were on probation at the time of the slaying.

Probation officers for the two men documented a series of run-ins with authorities and had recommended in September that the pair return to custody, court records show.

Cruz and Aquino are charged with killing Ximena Meza, who was fatally wounded Oct. 22 as she played with her sisters outside the family’s Anaheim apartment.

Prosecutors filed murder charges that carry a sentencing enhancement alleging the crimes were committed for the benefit of a criminal street gang. The street terrorism charges makes it a felony to be involved in a street gang.

“This case illustrates why our office takes a hard line on gangs,” said Susan Kang Schroeder, chief of staff for the Orange County District Attorney’s Office.

Cruz and Aquino, members of the same gang, already were on probation after pleading guilty in July to charges of felony weapon possession and misdemeanors for participating in a street gang, according to court records.

Since then, authorities brought the two suspects back to court for multiple probation violations and their probation officers recommended that they both serve more time in custody. Both men were released in mid-July after receiving credit for time they had already served in jail, from October 2013 to July 2014.