This week, the Orange County Register (OCR, 2014) endorsed the re-election of Tom Tait as Anaheim’s mayor, calling him the “best [candidate] to lead the city.” Examining the rationale presented in its endorsement, however, I found little to justify the paper’s support. 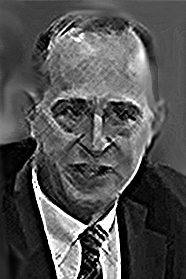 The paper applauded Tait’s “dissenting voice,” a council member who consistently votes no “on numerous issues.” It cited Tait as the only council member to oppose a tax incentive to build a hotel near Disneyland and the city’s convention center.

Voting to approve a tax incentive to developers is not unusual, so voting no is not necessarily a virtue. The Los Angeles City Council awarded $500,000,000 in tax incentives for downtown economic development for 2015-2016 (Los Angeles Times, 2014).

Whether to offer a tax incentive depends on several factors; for example, (a) the need for a hotel that satisfies current convention needs and its potential to attract larger future conventions, (b) the return on investment that taxpayers would receive by building a hotel, and, most important, (c) whether not offering an incentive means not building a hotel and losing tax revenues. Tait’s vote seems like a no vote without consideration of positive aspects of providing a tax incentive.

Yes, Tait talks about transparency (endlessly), but the OCR did not cite any evidence of increased governmental transparency in Anaheim since he has been mayor. Transparency was confused with Tait’s rigidity and public comments that torpedoed the city’s negotiations with the Angels. And there is a difference between publicly discussing unfunded pension liabilities and solving this problem.

The Anaheim City Council lacks a Latino council member. But no evidence was cited by the OCR that Latino residents of Anaheim have no voice or that their concerns are unaddressed. Tait and Brandman (2014) falsely implied a disparity in the city services that neighborhoods receive. In fact, the distribution of city dollars spent per capita in Anaheim has been remarkably similar for several years (City of Anaheim Finance Department, 2013, p. 12).

It is not my argument that Tom Tait should not be re-elected mayor. It is my contention, however, that the rationale offered by the OCR for his re-election lacks a basis for concluding he “deserves his fellow [sic] residents’ votes.”