First Round of Results: Tait, Murray Leading; Eastman and Vanderbilt in Dogfight

The OC Registrar of Voters has posted the first round of results: 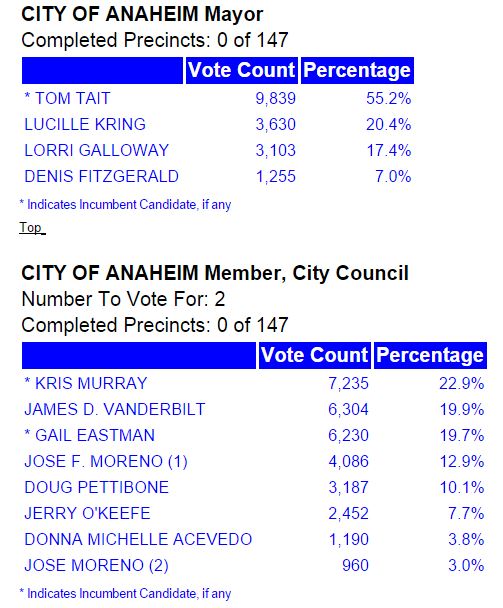 Mayor Tom Tait looks to be headed toward re-election, as does Mayor Pro Tem Kris Murray, and Councilwoman Gail Eastman in a dogfight with Tait vassal James Vadnerbilt.  It doesn’t look like leftist Democrat Jose F. Moreno will be “making history” (as he would put it) this year.

The Left did win a strategic victory with the apparent passage of Measure L, thanks to a coalition of unions, rich progressives from San Francisco, and Tom Tait – opening the door to an eventual Democratic majority on the Anaheim City Council. Maybe the OC GOP will give him Local Elected Official of the Year again for those efforts.

Measure M, which expands the council to six members, is also passing, albeit by a narrower margin. 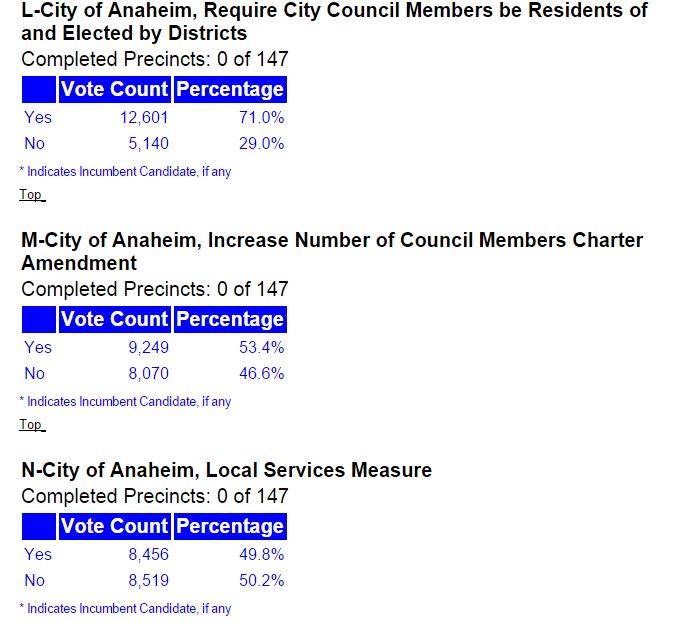