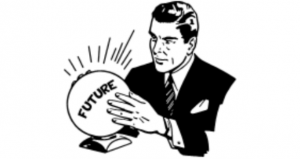 A friend alerted me that missing from yesterday’s post on implementing Measure L was a discussion of how many council seats will be on the ballot in 2016.

The answer is: four. Councilmembers Lucille Kring and Jordan Brandman will be running for re-election in yet-to-be drawn council districts, and two new, open seats will be on the ballot.

According to the text of the Measure L charter amendment, once the four winners are sworn, they will cast lots to decide which serves only a two-year term and runs again in 2018:

Notwithstanding the term of office specified in the first paragraph of this Section 500, at the City Council meeting where these four members are sworn in, the City Council shall select by casting of lots one member elected at the November 2016 general election to hold office for a term of two years and until his or her successor qualifies; the remaining three members shall serve for a term of four years and until their successors qualify.

This is done so that going forward, there will always be three council seats on the ballot every two years. So, it is possible that either Councilmember Brandman or Kring will have to run a third time in 2018 (but for another two-year term). It begs the question of why the amendment didn’t limit the lot casting to the winners of the two newly-created council district seats.

Another wrinkle wrought by the transition to council districts: Brandman and the apparently-elected James Vanderbilt live a little over a mile from each other in the Colony, and will very likely end up in the same council district. As amended by the voters last week, the city charter states:

Commencing with the general municipal election of November 2016, the City Council members shall be residents of their respective Districts

So much for “neighbors electing neighbors.”