Who Will Fill Upcoming Vacancy On Anaheim City School District Board of Education? 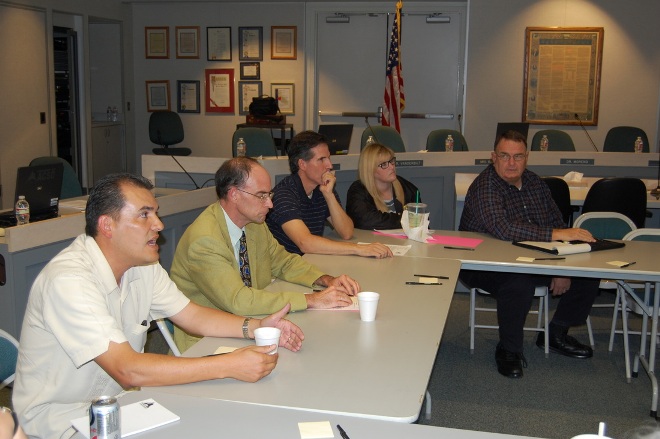 The new Anaheim City Council is scheduled to be sworn in on December 9, and according to the agenda of last night’s Anaheim City School District Board of Education meeting, board member and councilman-elect James Vanderbilt will submit his resignation that day. That, in turn, will create a vacancy on the five-member board.

If the appointment option is chosen, the board must advertise it is soliciting applications for the vacancy from eligible candidates (which will be vetted for eligibility by a two-member board committee). The full board will interview the candidates at a public meeting and make a selection by majority vote (which could be a problematic threshold since there will only be four board members).

Even if the vacancy is filled by appointment, ACSD voters can still petition for a special election by submitted a qualified petition signed by 1.5% of ACSD registered voters within 30 days of the appointment. This happened in 2007 when the Anaheim Union High School District Board of Trustees appointed Harald Martin to fill the vacancy created by the death of Denise Mansfield-Reinking.

The ACSD Board engaged in some discussion of the issue last night, although I don’t know what opinions were expressed by the individual board members. According to ASCD spokesperson Deena Blevins, the matter will be on the board’s December 8 agenda (when the board will presumably decide one way or the other).

Speculation is already swirling that Jose F. Moreno will seek appointment to the impending vacancy. Like his board colleague Vanderbilt, Moreno also ran for Anaheim City Council this year. Unlike Vanderbilt, Moreno not only lost, but his board term ends this year (Vanderbilt had a free ride).  Re-appointment would give Moreno a continued platform (and a ballot title) if he runs for council again in 2016, as many expect him to do.