Is A Subsidy OK As Long As It Subsidizes Something That’s Cool? 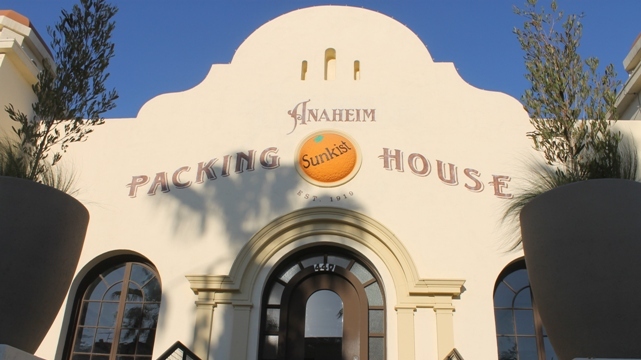 Since early 2012, Mayor Tom Tait has hammered at the evil of “taxpayer giveaways” and “crony capitalism,” and preaching that the City of Anaheim shouldn’t subsidize any business endeavor.

Unless it’s something really cool like the Anaheim Packing District.

Mayor Tait loves the Anaheim Packing District and actively identifies himself with it:

“The Anaheim packing House is a beautiful community asset that will serve all of Anaheim’s residents and guests. My thanks go to a multitude of community leaders who, over time, made the renovation of this historic building and Packing District even greater than we could have imagined. The Packing District will be a neighborhood place for the community to gather with family and friends, as well as giving us a place to celebrate our agricultural and entrepreneurial heritage.”

The Anaheim Packing District also flies in the face of Mayor Tait’s “no giveaways” mantra.

The city owns the 3.2 acre Colony Marketplace site, which includes the 43,000 square foot Packing House building, the 6,000 s.f. Packard building, what is now Founders Park, and the 10,000 s.f. building at 500 South Anaheim Boulevard.

In 2010, the city signed an agreement with LAB Holding LLC to develop the Packing House. Under this agreement, LAB Holding was given a 20-year lease on the Colony Marketplace site, with two 10-year renewal options. The city pays for all capital improvements (renovating the buildings, creating the park, etc.) while LAB Holding’s “primary role will be planning, organizing, marketing and leasing of the tenant spaces.” The agreement requires the city to pay a $10,000-a-month management fee to LAB Holding, which also gets leasing commissions.  When Net Operating Income exceeds $250,000, LAB Holding splits each incremental dollar of NOI with the city on a 50-50 basis.

Anaheim ultimately spent $9 million on capital improvements to the Packing District site, and the agreement grants LAB Holding the right to purchase the entire site, with all the improvements, for $11.5 million.

I’m not giving blame or credit for this agreement to Mayor Tait, since it was approved shortly before he became mayor. I think this was a smart public-private partnership: it showed foresight to bring in a private developer to create economic and community value out of idle city-owned property. The Anaheim Packing District is clearly a great success and promises to bring greater vitality to the downtown area. At the same time, LAB Holding risked no capital.  If the Packing District proved a bust, it was the city, not LAB Holding, that would be on the hook for an $9 million investment in a pretty but empty old building.

Tait’s enthusiasm and cheerleading for the Anaheim Packing District is out of place considering his recently evolved views on such public-private partnerships and harsh rhetoric against the Angels MOU and the GardenWalk. We’ve never heard him say this should have been put to the voters; after all, the agreement is a multi-million subsidy to a private developer.

Under the GardenWalk agreement, the developer pays to build the hotel and doesn’t receive a dime on economic assistance until after the hotel is open for business and guests are checking in. If that doesn’t happen, the city owes nothing.

Under the now-defunct Angels MOU, the Angels would have paid to renovate the stadium and Angel’s owner Arte Moreno would have risked his own capital (and that of other investors, if any) to develop a leased portion of the stadium site. If the development flopped, it was Moreno, not the city, who would have lost that capital investment.

Again, there’s no arguing the Anaheim Packing District has turned out to be a great investment by the city. Previous efforts to create an exciting downtown Anaheim scene have failed, and it was smart strategy to partner with an innovative developer with the vision to succeed.

This begs the question of why this public-partnership, in which the terms are more generous to the developer than either the GardenWalk or the defunct Angels MOU, is so awesome while the other two should be considered reckless? All would lead to more job creation, more economic activity, more vibrancy and synergy in their respective parts of Anaheim, and the tax revenue generated would ultimately exceed the city’s investment.

Does it come down to a coolness factor? Is it cool for the city to subsidize the development of the Packing District but not the GardenWalk because the former is hipper and trendier than the latter?  Mayor Tait is right to praise the city leaders “made the renovation of this historic building and Packing District even greater than we could have imagined.”  However, is there really that much difference, in principle, between Packing District project that Mayor Tait praises and and the public-private partnerships he’s been vigorously denouncing?

Are public-partnerships involving economic assistance always and everywhere bad public policy? Of course not. Neither are they always and everywhere good. City leaders have to show good judgment and prudence in this regard as in any other area of governance. Mayor Tait’s rightful enthusiasm for the Anaheim Packing District suggests practical recognition of that fact. Now that the election is over, perhaps the Mayor will take a step back and consider these questions, and be more measured and judicious in his approach to such partnerships and toward his colleagues who support them.