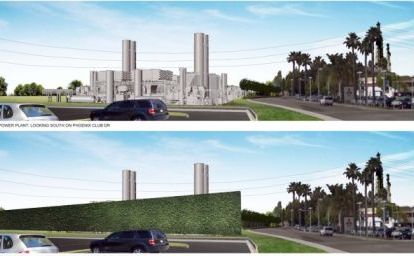 The battle over a proposal to build a power plant on the OC Water District-owned Ball Road Basin site, which raged during the last months of 2013 but went into stand-by mode for much of this year, has quietly come to a close.

On December 13, 2013, the OCWD Board of Directors narrowly voted to lease the 19-acres Ball Road Basin site to Competitive Power Ventures for the purpose pf building a power generation plant. A month later, however, the CPV proposal didn’t make the cut when Edison announced its selected power generation proposals.  The lease agreement required CPV to make twice-yearly lease payments to retain its option on the site, and the Maryland-based energy company made its June 2014 payment, with next payment due next month.

However, this afternoon CPV informed OCWD that is “has determined not to proceed with developing the Plant on the Premises” and has chosen “to terminate the Option Agreement, effective as of the date of this letter [November 21, 2014].

Since the OCWD has explicitly stated the Ball Road Basin is unsuitable as a groundwater re-charge basin (the reason it was acquired), its future use is now up for grabs. Possibles uses include purchase by the City of Anaheim for development as a public park, or lease by the OCWD for a different commercial use.

One consequences of this fight was legislation carried by state Sen. Lou Correa and signed last month by Governor Jerry Brown require OCWD to notify a city when it plans to develop district-owned property within that city. From the OC Register:

Gov. Jerry Brown signed a bill this week that requires the Orange County Water District to give notice when planning to develop property within a city – a response to how the agency failed to tell Anaheim officials about a proposed power plant near Honda Center.

State Sen. Lou Correa, D-Santa Ana, said he wrote the bill because he believes Anaheim should have been told when the water district launched lease negotiations with Competitive Power Ventures, which had wanted to build a 400-megawatt power plant on 19 acres spanning Ball Road Basin.