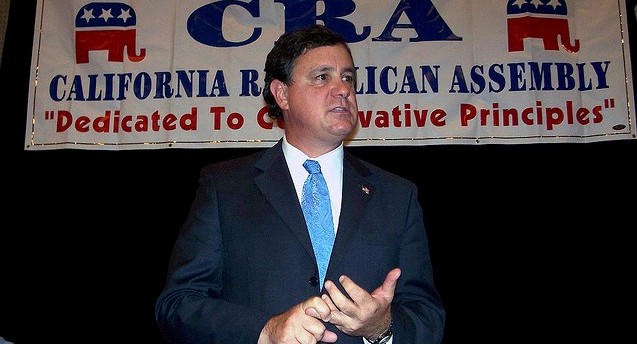 Yesterday, Assemblyman Don Wagner officially announced his candidacy for the impending special election 37th Senate District that will be necessitated when incumbent Sen. Mimi Walters is sworn into Congress. SD37 includes all of Anaheim east of the 57 Freeway:

IRVINE – Assembly Member Donald Wagner (R-68) announced his run for the open 37th State Senate District. Senator Mimi Walters’ election to Congress will leave a vacancy, which will be filled shortly by a special election called by Governor Brown.

“Congratulations to Sen. Mimi Walters on her election to Congress. She has been a fierce advocate for pension reform and a strong ally to small businesses. Her experience and insight in Washington will benefit Orange County, and the entire country,” Wagner said.

“With the support of my family, friends, and numerous community leaders, I am excited to announce my candidacy for that 37th State Senate District seat here in the heart of Orange County,” Wagner said.

“I am pleased to endorse Don for the 37th Senate district,” said Senator Huff. “Don has been a solid conservative voice during his time in the Assembly. He understands the serious issues we face in the State of California and will provide thoughtful solutions to move us forward.”

“I am sincerely grateful to the voters who have sent me to Sacramento for three consecutive terms in the legislature,” said Wagner. “I turn to them again for their support to continue delivering the conservative, pro-business, limited government message I have championed during my time in State government. I would be honored to continue that work in the California State Senate.”

For more information about his campaign or to receive regular updates, please visit www.wagner4senate.com or contact the campaign at (714) 514-1888.

SD37 will become vacant on January 3, when Walters will be sworn in as Representative from CD45 (unless she resigns from the state Senate prior to that). California Elections Code Section 10703 stipulates “A special election to fill a vacancy in the office of Representative in Congress, State Senator, or Member of the Assembly shall be conducted on a Tuesday at least 126 days, but not more than 140 days, following the issuance of an election proclamation by the Governor pursuant to Section 1773 of the Government Code…” Assuming the governor acts in a timely fashion, the special election will take place in mid- to late May. If no candidate wins 50-percent-plus-one, the top two vote-getters will face each other in a run-off.

Wagner’s announcement is an acknowledgment of reality rather than any kind of surprise.  The conservative Republican assemblyman has been an unofficial candidate for many months. OC GOP Chairman Scott Baugh had also intended to seek this seat until deciding several months ago not to run, which left Wagner with a clear path to victory.

Outgoing OC Supervisor John Moorlach has been openly ruminating for months about running, and recently suggested to Wagner that the assemblyman step aside in his favor. There are unconfirmed reports that Moorlach also threw his hat into the ring yesterday.

SD37 includes Costa Mesa, Newport Beach and half of Huntington Beach  – cities Moorlach has represented for the last eight years as supervisor for the 2nd District: 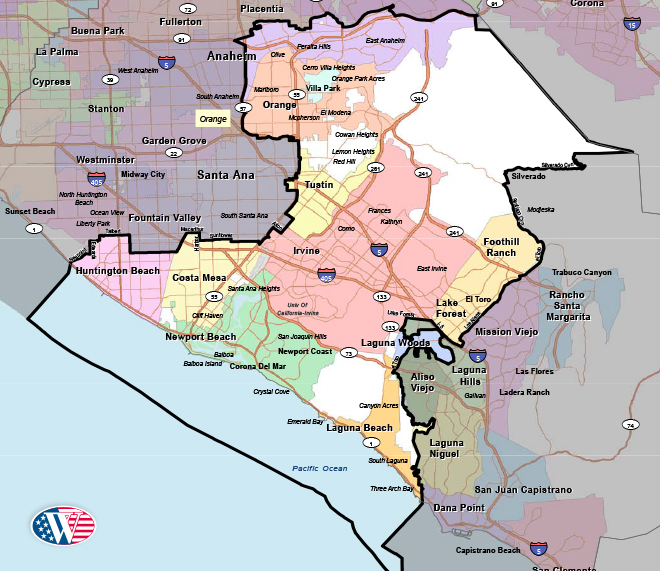 While Moorlach could count on positive name ID in those areas, he also suffers the same handicap that ultimately precluded him from running for Congress against Mimi Walters: he’s a weak fundraiser.  That handicap is exacerbated by the relatively compressed campaign schedule, and he won’t be able to use “Orange County Supervisor” as ballot title.

Wagner is well-liked, has a strong ballot title and $230,000 cash-on-hand, and will have plenty of endorsements. Those factors would tilt heavily in his favor under normal circumstances, but even more so given the compressed time frame of a special election – it’s a sprint that favors resources and organization.

The upshot of Wagner’s forbidding favorite status is the real jockeying and positioning taking place is for the presumed special election for Wagner’s 68th Assembly District seat.  Former Anaheim Councilman Harry Sidhu is an all-but-announced candidate and has reportedly hired premier consultant Dave Gilliard for his campaign. Irvine Mayor Steven Choi narrowly lost the AD68 race to Wagner in 2008, and is considered almost certain to run again.

Others heard to be considering a run for AD68 include:

AD68 is prohibitively Republican; any Democrat throwing his or her hat into the ring will instantly acquire sacrificial lamb status: 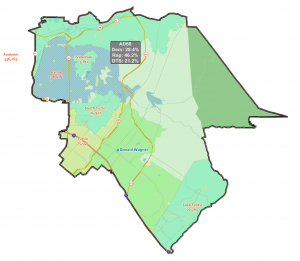