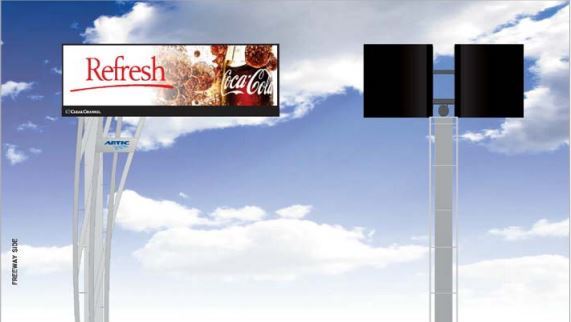 In a reprise of hard-ball tactics used against the City of Placentia earlier this year, multiple sources say Regency Outdoor Advertising paid for the robocall to Anaheim residents urging them to oppose the proposed agreement with competitor Clear Channel Outdoor to construct an electronic billboard adjacent to the new ARTIC station and share the revenue with the city.

A the City of Placentia selected Lamar Advertising over Regency to erect several outdoor digital billboards (which also required a adoption of a zoning change by the city, I believe), Regency  council issued by the City of Placentia, Regency  successfully blew up the agreement by funding a campaign to place the matter to a city-wide vote. This summer, the city council postponed the matter indefinitely.

According to sources, the motivation for Regency – which did not submit a bid on the ARTIC billboard — is motivation head off competition for its own billboards in the vicinity.