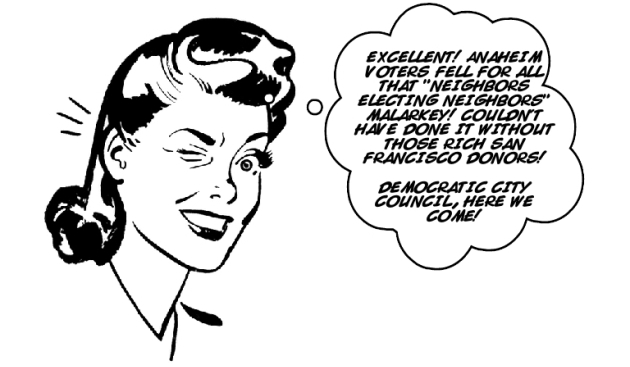 After reading Chris Nguyen’s analysis of which sections of Anaheim voted for whom, an insightful reader shared with us a different take on the numbers:

No wonder the unions want to isolate the Hills in Districts. This also explains how districts set the stage for a Democratic takeover of the Council, even with a citywide Republican turnout advantage.

Somehow, I don’t think Anaheim Hills voters who cast their ballots for Measure L really understood they were watering down the value of their vote.  How is that for “authentic representation”? But hey – now Anaheim will have a city council in which every councilmember knows everybody in their 58,000 person districts, right? At least, if the hooey ladled out by Measure L advocates is to be believed.