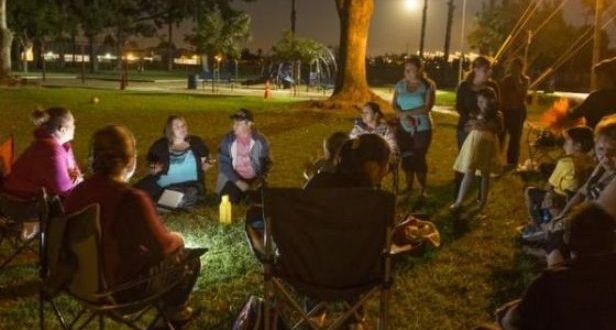 A group of parents who children attend Palm Lane Elementary School have organized to convert Palm Lane into a charter school under the state’s Parent Trigger Law.  They have encountered hostility and resistance from the Anaheim City School District leadership, which is resolutely anti-charter school. ACSD President Jose F. Moreno has stated publicly that he wishes the state had never authorized charter schools to begin with, and ACSD Board of Education member Jeff Cole describes them as “a scam.”

The OC Register reports that the OC District Attorney’s office has now stepped in to ask Moreno to address complaints about the district obstructing the efforts of this parent group:

The Orange County District Attorney’s Office has requested, after a state senator’s complaints, that the president of the Anaheim City School District address allegations that parents have been intimidated and harassed as they attempt to revamp their low-performing school.

The office responded to an ongoing issue in which a group of parents are collecting signatures to take over Palm Lane Elementary School under the so-called “parent trigger law” or the Parent Empowerment Act.

Senate Minority Leader Bob Huff, R-Diamond Bar, who co-sponsored the law, sent a letter Nov. 21 to the district attorney, outlining allegations of intimidation of parents and advocates that Huff said could be law violations.

Huff’s letter listed a series of allegations about district officials and teachers’ union members, which he says possibly shows that the district and its supporters are “illegally coordinating efforts to suppress parents’ rights.”

One incident occurred when Huff was invited by a parent group to discuss the parent trigger law at district headquarters. The district refused to allow the meeting, with officials saying the group was larger than anticipated, it involved political campaigning and the proper insurance was unavailable.

Huff offered his office’s own insurance, but the district said it didn’t cover the group. Huff ended up meeting with the parents in a parking lot.

The ACSD’s concern that a group of parents meeting on school property to discuss utilizing their legal rights as school parents under state law is “political campaigning” is laughable. When it comes to political issues like school vouchers that threaten public school system interest, then political campaigning on school facilities using school resources isn’t just tolerated, but smiled upon.

There would be no such thing as the Parent Trigger Law if the public school system adequately served those it is supposed to serve: children and their parents – especially in the economically disadvantaged areas where parents have the fewest educational choices. If Palm Lane parents want to convert their school to charter status, the district should stay out of the way.