For the same reason that a family of four does not need four washing machines or four swimming pools, each police officer in the nation does not need a body camera, an assault weapon, a motorcycle, and a police car. The White House believes otherwise. This week, President Obama proposed new initiatives, potentially costing taxpayers’ $263,000,000—including the purchase of 50,000 body cameras for police officers. The Anaheim City Council recently approved spending $1,150,000 on body cameras for its officers, despite lacking any substantive evidence of their effectiveness to achieve the Council’s stated purpose: increasing trust and transparency (White, 2014). 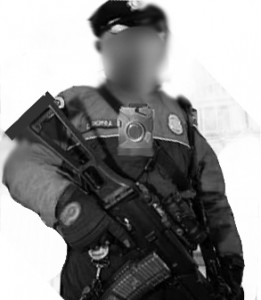 The given reason for needing 50,000 body cameras? To improve community relations between citizens and law enforcement. These initiatives, however, as anyone knows who has watched television or read a newspaper on any day during the past few weeks, are principally the residue of protests and riots that ignited in Ferguson, Missouri. Squandering taxpayers’ dollars on 50,000 body cameras hoping to stop such events, however, ignores the genesis of the mayhem: long-term, complex socioeconomic and cultural factors and the nation’s racial divide.

This week, David Brooks (2014) addressed class prejudice and race in a New York Times editorial: “There has been a migration away from prejudice based on genetics to prejudice based on class. . . . We once again have a sharp social divide between people who live in the ‘respectable’ meritocracy and those who live beyond it. In one world almost everybody you meet has at least been to college, and people have very little contact with features that are sometimes a part of the other world: prison, meth, payday loans, a flowering of nonmarriage family forms.” Brooks contends that Americans “need to improve our capacity for sympathetic understanding, our capacity to imaginatively place ourselves in the minds of other people with experiences different from our own.” He cites the need for a common project, suggesting a national collaboration “to improve social mobility for the poor of all races,” which he concludes will decrease classism, social distance, and racial prejudice. This recommendation will never see the light of day in Washington because our leaders believe that spending money is always the best problem solver.

How many hundreds of billions of dollars have been spent since 1960 hoping to improve student achievement in U.S. public schools? Despite the staggering amounts, as I pointed in a previous post, student test scores in reading and mathematics have remained flat for decades (National Center for Education Statistics, 2013). But just as the Anaheim City Council approved the purchase of police body cameras, not yet a validated technology, Congress will undoubtedly approve spending millions of dollars to buy 50,000 body cameras.

In the meantime, the substantive problems will remain unaddressed—including the disproportionate number of Black inmates in U.S. federal and state prisons (Bureau of Prisons, 2014). Among the 1,517,000 adult inmates during 2013, 549,100 (38%) were Black, although they constituted only 13% of the nation’s population. Body cameras and money, although visible, will remain worthless tools for preventing future disorders and addressing class prejudice, socioeconomic and cultural factors, the racial divide, and the nation’s prison population.