Anaheim Mayor Tom Tait took offense during the election when hit with campaign attacks alleging he was hostile to the police and soft on gang crime. When his intimate “Team Anaheim” campaign thank you dinner at Thee White House includes anti-police activists Mark and Mary Daniels (seated in front, first two from the left), it’s easy to understand why people would come to that conclusion. 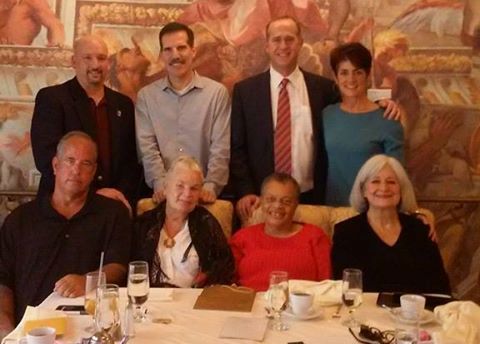 Those who follow Anaheim politics recognize both as core members of group that takes every opportunity to attack Anaheim police as racists and murderers: 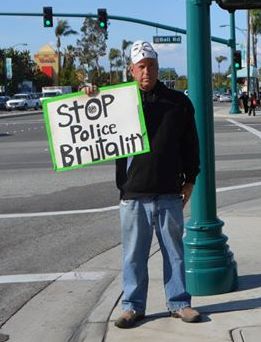 What does it say about the level of respect in which the Mayor (and  Councilman-elect James Vanderbilt, for that matter) hold Anaheim police officers when he counts among his core volunteers two agitators who a part of a group that views those officers as bigoted killers, and treats them to expensive “thank you” dinner? What is it about Tait’s approach to governance that individuals with such a distorted, negative view of law enforcement are so attracted to him?

The Unbearable Lightness of Being a Taitbot

Everything aside, the voters have spoken and adopted by-district council elections by a large margin. Still, the naivete of some supporters is astonishing. Here’s Tait ally Steve McKay in a November 20 OC Register article on the Measure L win:

On the contrary: by-district elections will train voters to think in terms of their section of Anaheim, rather than Anaheim as a whole. Candidates will vie to prove who can bring home more pork for the council district in which they are running, and incumbents seeking re-election will brag to voters about what they’ve done for their part of Anaheim.

Furthermore, since the new by-district council elections will be a first-past-the-post system, many, if not most, councilmembers (running in multi-candidate fields) will be elected by pluralities rather than majorities, meaning most of their constituents will have voted against them. Since there will be no more at-large elections, those voters will have no one on the council representing their views (with the possible exception of whomever is mayor).

So, contrary to the council district pollyannism characteristic of Tait and his followers like McKay, the coming by-district elections will further divide the city, and more voters will be without a voice.