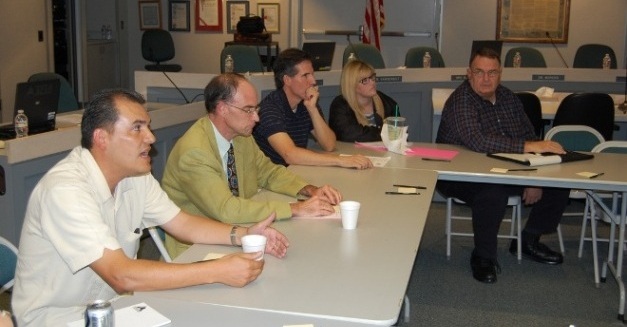 The Anaheim City School District Board of Education voted last night to fill a board vacancy by provisional appointment rather than special election. The vacancy was created by the resignation of board member James Vanderbilt, who will be sworn in tonight as a member of the Anaheim City Council.

The board now has 60 days in which to appoint a new member. The district must advertise it is soliciting applications for the vacancy from eligible candidates (which will be vetted for eligibility by a two-member board committee). The full board will interview the candidates at a public meeting and make a selection by majority vote (which could be a problematic threshold since there will only be four board members).

ACSD voters can still petition for a special election by submitted a qualified petition signed by 1.5% of ACSD registered voters (966 valid signatures) within 30 days of the appointment. This happened in 2007 when the Anaheim Union High School District Board of Trustees appointed Harald Martin to fill the vacancy created by the death of Denise Mansfield-Reinking.

A stand-alone special election would cost between $301,779 – $337,215‎, according to an estimate from the orange County Registrar of Voters.