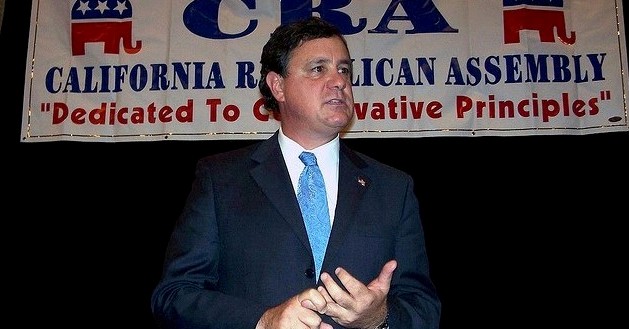 Assemblyman Don Wagner’s campaign for state Senate announced a long and impressive list of endorsements for his candidacy to claim the 37th Senate District, which will become vacant on January 3, when incumbent Mimi Walters is sworn in as a member of Congress:

Irvine – Assembly Member Donald P. Wagner announced an initial round of endorsements in his State Senate bid from many local and state leaders who have worked with him and with his opponent over the years.

Former Supervisors Pat Bates and Janet Nguyen, his new colleagues in the state legislature, have endorsed Assemblyman Wagner, as has Senate leader Bob Huff and the senator Wagner seeks to replace, Congresswoman-Elect Mimi Walters. Joining them in endorsing Wagner are Senator Joel Anderson from San Diego, Senator Mike Morrell from the Inland Empire, and Senator Jean Fuller from Bakersfield.

In the Assembly, Wagner has the overwhelming support of his colleagues, including Republican Leader Kristin Olsen and former Republican leaders Martin Garrick and Connie Conway. Finally, he is also endorsed by, among others, Assembly Members Brian Jones, Shannon Grove, Beth Gaines, Frank Bigelow, Jim Patterson, and Brian Dahle.

More state and local endorsements will be announced shortly.

Until Sen. Walters resigns and a special election is called Wagner nor the other declared candidate, Supervisor John Moorlach, can actually raise money for this race. But they can campaign, and Wagner has been running in earnest for quite some time. As noted in an earlier post, he is far ahead of Moorlach in terms of campaign resources and organization, and he has no shortage of endorsements. Wagner is well-liked, has a strong ballot title and $230,000 cash-on-hand, and has a general consultant on board (Revolvis). Those factors would tilt heavily in his favor under normal circumstances, but even more so given the compressed time frame of a special election – it’s a sprint that favors resources and organization.

He is clearly the candidate to beat in this race.