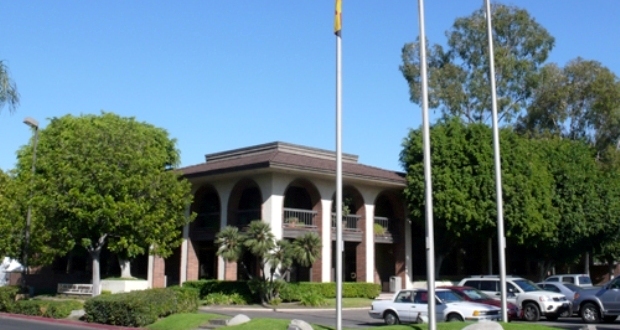 The OC Register reports that the prospects of a building a permanent, 200-bed homeless shelter on the old Carl Karcher Enterprises site by the 91 Freeway and Harbor Boulevard are dimming:

Prospects appear to be dimming for a homeless shelter on vacant property that once served as the home base for the company that operates the Carl’s Jr. chain. But city and county officials say they are still interested in finding a space in Anaheim.

Orange County Supervisor Shawn Nelson said he is “ready to move on” because negotiations appeared to have stalled with Anaheim city officials, while Mayor Tom Tait said the three-acre parcel “may not be an appropriate site.”

Anaheim and county officials spent most of the year hammering out plans for a year-round shelter with 200 beds and a multi-service center on the piece of city-owned land bounded by Harbor and Anaheim boulevards, the 91 freeway and Carl Karcher Way.

“How long should I wait? I’ve been patient, but at some point I have to accept that they aren’t serious,” said Nelson, whose district includes the proposed shelter site.

“I have to accept at some point in time that we’re not making progress, so I’m ready to move on and start the search all over again,” Nelson said. “Anaheim can come by and say something at any time, but I’m not hearing anything from them.”