Posted by: Matthew Cunningham in ARTIC, Business and Tourism December 15, 2014 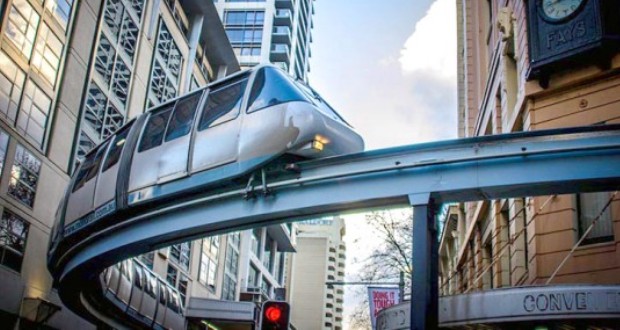 Have you ever inched you way past Disneyland during rush hour? Or the Big A after an Angel game? Or the freeways at most any time? It gives “slow” a bad name.

There’s been talk of adding trollies and bullet trains and bicycle lanes to ease traffic congestion within the city of Anaheim, but what we really need is a monorail.

First, it’s only one rail (hence its name), which means it would only cost half as much as a train or trolley requiring two rails (or a Lionel train that requires three).

Second, it’s built in the air so there wouldn’t be any land use problems or public domain issues or zoning disputes because the monorail would literally be above it all.

Third, experts who know how to build and maintain a monorail already exist within the city. It would truly be a Mickey Mouse operation.

Fourth, it would allow families who have boxes of “E” tickets they’ve been hoarding for decades a chance to finally redeem them.

Fifth, they’re quiet and don’t require honking loud horns at intersections to warn pedestrians and automobile drivers because, well, there wouldn’t be any intersections.

Sixth, engineers could build slides for exiting passengers. Not only would this be fun, it would save the costs of having to build down staircases and down elevators.

Seven, the monorail itself could be twisted into a loop-de-loop inside ARTIC to make it an exciting rollercoaster-like ride, which would encourage young people to use it.

Finally, the monorail itself would engender an entire cottage industry of add-ons such as dioramas of the Jurassic Age or how bills become laws. Brass rings could dangle from posts, reminding riders of a simpler age and allowing them to win a free ride. It would be fun for the whole family.