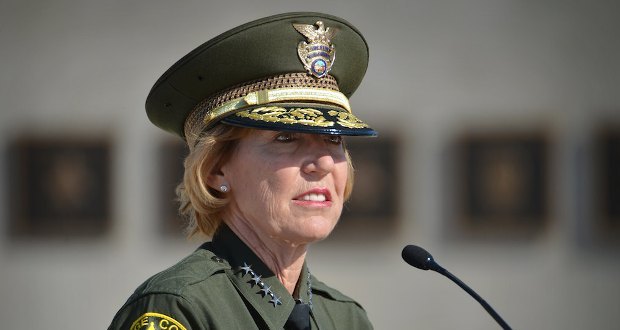 This came over the transom from the Don Wagner for State Senate campaign:

Irvine – Assembly Member Donald P. Wagner announced today that he has been endorsed in his run for the California State Senate by Orange County’s widely popular and recently re-elected Sheriff, Sandra Hutchens. Sheriff Hutchens has won significant praise for her leadership of the large and multi-faceted Sheriff’s Department and its approximately 4,000 sworn and professional staff members and over 800 reserve personnel.

“I am honored to have earned Sheriff Hutchens’ endorsement,” said Wagner. “She has done a marvelous job keeping Orange County safe. I’ve been happy to work with her and her team in that effort, and am quite proud of her support of my campaign for the Senate.”

“Assemblyman Wagner has been a true friend to law enforcement,” said Sheriff Hutchens. “He has been a strong voice for public safety in Sacramento and in Orange County. I am glad to endorse him in order to keep that strong voice in office. He is clearly the best choice in this Senate race.”

Sheriff Sandra Hutchens is popular with voters, and this is a valuable endorsement as crime rises to the top of voter concerns.

The other announced candidate in this race is Orange County Supervisor John M.W. Moorlach, who is termed off the Board of Supervisors next month. Ironically, Moorlach was one of three supervisors who voted in 2007 to appoint Hutchens as sheriff-coroner following Mike Carona’s resignation (Supervisors Bill Campbell and Chris Norby voted to appoint then-Santa Ana Police Chief Paul Walters, who is now chief of staff to new 5th District Supervisor Lisa Bartlett).

The 37th Senate District, which includes Anaheim Hills, will become vacant when the current incumbent, Mimi Walters, is sworn in to Congress next month. The special election to fill that vacancy will be sometime in March.