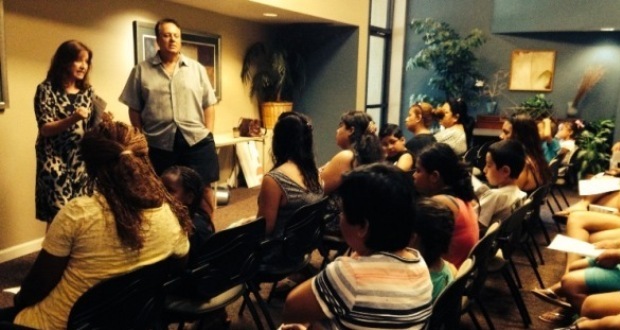 Anaheim Blog has chronicled the letter and robocall sent out by ACSD Superintendent Linda Wagner regarding a petition being circulated by Parents of Palm Lane Elementary United (PPLEU) seeking to convert their school to charter status. The letter (which was sent home with Palm Lane Elementary students) warned parents about “aggressive” petition gatherers and repeated unsubstantiated accusations of bribing parents to sign with offers of free iPads — accusations that leaders of the charter school petition drive emphatically deny.

As we noted last week, leaders of the petition drive met with the OC District Attorney last week to complain about the letter. The OC Register has more in this story:

Michael Lubinski, senior assistant district attorney, said he was reviewing the letter to see if further action was needed.

Wagner denied any wrongdoing in an email to the Register.

“We simply caution parents to read petitions carefully and be aware of what they are signing,” Wagner said. “We do not discourage parents from signing petitions.”

Wagner’s letter discusses the law and asks parents to work with the school if they have concerns. But it also suggests that the petitioners are being paid and that they are promising free iPads and tutoring in exchange for their signatures.

Romero’s complaint states that Wagner’s letter makes “serious accusations … ones we believe are solely intended to confuse the parents and hinder their opportunity to lawfully use the law.”

Wagner’s claim rings disingenuous to any reasonable person who reads her letter. “Simply cautioning parents” does not involve repeating unsubstantiated, inflammatory allegations from unnamed sources. The tone and content of these communications from the district to parents are indeed intended to discourage parents from signing the Palm Lane Elementary charter petition.