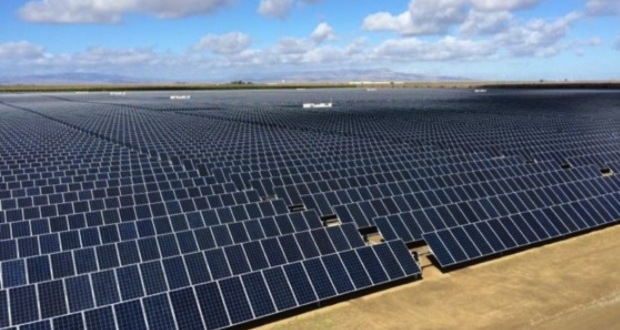 The City of Anaheim has agreed to purchase electricity for 25 years from a solar power generation pilot project in the Central Valley.

Communities in the state are required to have 33 percent of their power coming from renewable energy sources by 2020.

To help meet that target, Anaheim is getting in on the ground floor of a solar-generation pilot project in the Central Valley.

The Westlands Solar Park has 24,000 acres in Fresno and Kings counties that could produce up to 5,000 megawatts of solar power, according to an Anaheim city staff report. Anaheim will be drawing enough power from part of that system to power more than 600 homes a year.

The Westlands Solar Park website has more information on the project:

Westlands Solar Park is a public-private effort to master plan renewable development and infrastructure for large scale solar projects in California’s central valley. The Westlands Solar Park study area includes approximately 24,000 acres of disturbed land for renewable development within the Westlands Water District, located in western Fresno and Kings Counties. The project’s location is identified in the state’s Renewable Energy Transmission Initiative (RETI) as suitable for renewable solar power generation up to 5 GWs as a Competitive Renewable Energy Zone (CREZ). Initial development planning estimates that phased projects totaling upwards of 2.4 GWs of solar power could be developed before 2025. Early Phase 1 projects are expected to begin operation as early as 2013-2015. The Westlands Solar Park is the only state (RETI) designated renewable energy zone in central California and it is the CREZ with the strongest levels of support from both environmental and agricultural communities.