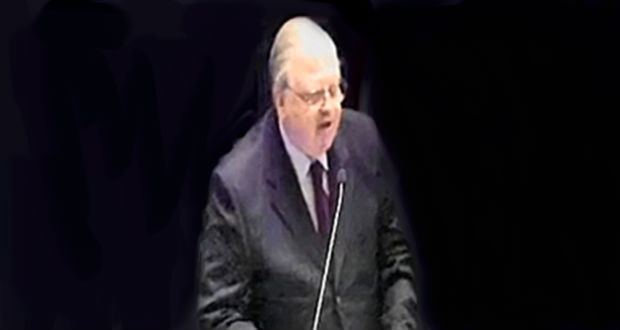 Hate speech may be defined as words that offend, threaten and/or insult groups based on race, gender, color, religion, national origin, sexual orientation, disability and more.

So let’s say you’re the mayor presiding over a City Council meeting. A citizen comes to the microphone and, during his discourse, defiles various councilmembers with slurs like “kike” and “fag” and “slut.”

As mayor, what do you do about it?

If you believe in the U.S. Constitution and the First Amendment, you sit there and do nothing because hate speech is protected speech.

According to the First Amendment, Congress shall make no law abridging the freedom of speech. That’s it. Nowhere is hate speech mentioned.

Therefore it shouldn’t be too surprising the Supreme Court has ruled hate speech must be allowed because it often contains political ideas that must be allowed to compete in the marketplace of ideas.

Think of the First Amendment as a test on how serious you are about freedom.

It’s easy to listen to someone who agrees with you. The real test comes when some demagogue shrilly screams ideas that make your blood curdle and denigrates everything you hold dear.

The real test is allowing some firebrand to aver segregation is good, to declare God meant for women to remain second-class citizens, to state the only good Indian is a dead Indian.

The real test is tolerating neo-Nazis marching through the Jewish community of Skokie, Illinois. Or permitting the Westboro Baptist Church to picket funerals for fallen gay soldiers with signs stating “God hates fags.”

So again I ask you: as mayor, what do you do when a citizen spews hate speech?

You can turn your back.

You can leave the chamber.

But you can’t shut him up.