This morning, several parents representing a larger group of Palm Lane Elementary School parents seeking to “re-start” their school as a charter school turned in a Parent Trigger Law petition with 332 signatures representing the parents and/or guardians of 490 Palm Lane Elementary School students. Sparked by the mistreatment of Palm Lane Principal Roberto Baeza, these parents started organizing this effort in July and began their signature gathering in earnest in October.

They were accompanied by organizers associated with the Center for Parent Empowerment (who assisted them with correctly navigating the petition process), former Sen. Gloria Romero (co-author with Sen. Bob Huff of the Parent Trigger Law) and Assemblywoman Young Kim.

Petition organizers had contacted to Anaheim City School District on Monday to let them know they would be turning in the signatures this morning and requested that Superintendent Linda Wagner be on hand to receive them. However, after their arrival, the person at the reception desk (Cyndy Sharp, communications and public information staffer) informed them Wagner was not available. however, it turns out she was available for a coffee-and-donuts “informational” parents meeting at Palm Lane earlier that morning. One witness said that at the meeting, an anti-charter parent called on those who had signed the petition to remove their names (which it is too late to do, in any case).

The school district is hosting another such meeting this evening at ACSD HQ. I’ll report on what district staff had to say to Palm Lane parents at that meeting as soon as I hear it.

First Parent Trigger Law Use In Orange County
A press conference was held at Palm Lane Park, adjacent to the school, following the petition submittal. Organizer Alfonso Flores noted that this was the first use of the Parent Trigger Law in Orange County, introduced several Palm Lane parents, who took turns telling their stories and explaining why they have been working to convert their school to charter status. Among them was Geronimo Gaytan, who attended Palm Lane as a boy and now has a child in kindergarten there:

Are Parental Demands For More Accountability and Control Over Their School A “Crisis Communications” Problem To Be Managed?
I arrived at ACSD headquarters at 9:00 a.m. this morning and inquired inside whether the petition had been submitted yet. Ms. Sharp informed me it had not. A few moments later a sharply-dressed man emerged from the back office and introduced himself as Sean Rossall. He asked me who I was and I told him.

I saw him again at the press conference at Palm Lane Park, introducing himself to the media and recording the event on his cel phone. Afterward, I asked him what his position was with the school district. He replied “we’re outside consultants.” I asked which firm and he said Cerrell Associates, which is a respected public affairs and political consulting firm from Los Angeles that was founded by the legendary Joe Cerrell. Rossall is Vice President for Media Relations and Crisis Communications. 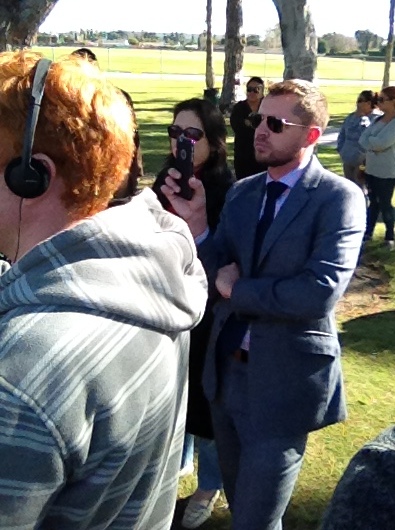 There’s nothing inappropriate about utilizing a public affairs firm, and Cerrell Associates is a top-shelf outfit. But in this instance it’s an indication the ACSD sees this matter as a crisis communications or perception issue to be managed, rather than a group of working-class parents who are fed up enough with how their children are being educated that they have spent the last several months going door-to-door gathering signatures in order to wrest control of their school from the  district. It’s not as though these parents have a lot of time on their hands and looking for something to do. A school district would have to impress them as particularly unresponsive for them to commit so much time and energy to a daunting enterprise. The ACSD could and should put Cerrell’s expertise to more profitable and positive use.

The scare and intimidation tactics that have been employed against this petition drive – of both the overt and guerrilla-tactic kind — are shocking if not entirely surprising. Phone calls to parents telling them that signing the petition would close down the school. Students being instructed to tell their parents not to sign the petition so their school wouldn’t close. A dishonest letter and robocall from Superintendent Linda Wagner that was designed to deter parents from signing the petition. It’s been ham-fisted, over-the-top and damaging to the district’s credibility and standing.

What’s Next?
The district now has 40 days to verify the petition signatures. If 50-plus-1 are valid, the next 45 days involvement negotiation between the district and the parents, soliciting proposals from potential charter school operators, etc. 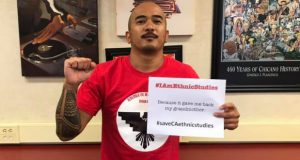 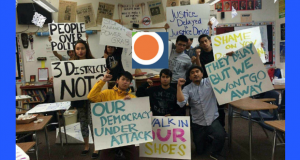 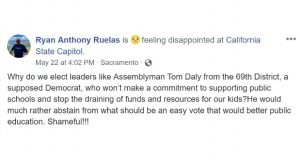