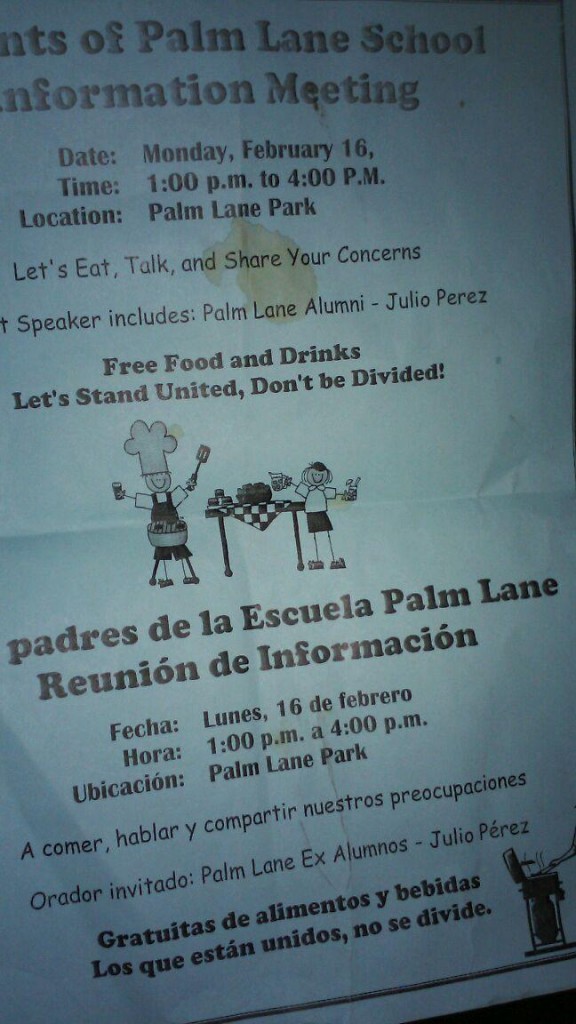 Remember – don’t ask questions, do as your told and “stand united”!

There’s another union-sponsored “parent information” meeting tomorrow. This time it’s at Palm Lane Park and the guest speaker is Julio Perez, the left-wing executive director of the Orange County Labor Federation and the theme is “Let’s Stand United, Don’t Be Divided.”

You see, when parents empower themselves and band together to exercise their legal right to convert their failing school into an independent public charter school, that is being “divisive.” Not asking questions, going along with the program and accepting the status quo – that’s “standing united.”

Why does this issue concern the chief officer of the OC Labor Federation? The Anaheim Elementary Education Association isn’t a member union, but it’s reasonable to assume a goodly number of the Palm Lane parents who signed the Parent Trigger petition are members of OCLF-affiliated unions. Why would Perez oppose their desire to gain control of the destinies of their children and their school?  According to its mission statement, the OCLF is committed to fighting for the rights of working families? In the case of Palm Lane Elementary, these working families are fighting for their rights under state law. Does solidarity with another union trump solidarity with actual working families? Perez has supported hunger fasting in support of granting immediate amnesty and fast-tracked citizenship for illegal immigrants, but tomorrow he’ll be part of using free food to oppose immigrant families working to obtain a better education for their children?