Anaheim in Wonderland: The Magical Invention of the “Right To Vote” On NOT Imposing A Tax 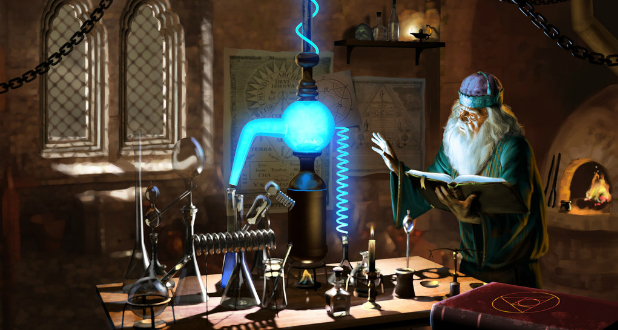 After losing the original GardenWalk project vote in 2012, Mayor Tom Tait and then-Councilwoman Lorri Galloway tried to define the post-vote by framing the economic assistance agreement as a “$158 million taxpayer giveaway.” It was a distortion, but largely successful in defining the issue.

Fast forward to the July 7 city council meeting in which Tait and Councilman James Vanderbilt were on the losing end of the 3-2 city council vote to approve a development agreement under which Disney will invest as much as $1.5 billion in expanding its Disneyland Resort theme parks and build a 5,000 space parking structure; in exchange, the city will continue a de facto moratorium on a gate or entertainment tax for 30-45 years.

Opponents continue claiming the council action equals “denying the people’s right to vote” and that “as with State law, any tax matter must go to the people for a vote.” That’s melodramatic nonsense.

A development agreement cannot prevent citizens from placing something on the ballot, and the agreement with Disney does not impair that right. Claiming otherwise misleads the public.

If a gate tax were placed on the ballot and approved, the tax would be levied – and then Disney would be reimbursed for the equivalent amount. In effect, voters would be voting to tax Disneyland guests on behalf of Disney, and the agreement presumes a majority of Anaheim voters have the good sense not to do so.  It’s hard to imagine any but the most ill-informed Anaheim citizen voting otherwise. This agreement erects a barrier between those who covet a Disney gate tax and the resulting revenue, but it does not deny or obstruct the people’s right to vote.

Opponents of this agreement confuse the government’s power to tax with its power to spend. Although related, they are distinct and oftened governed by different rules. For example, the state legislature can spend money by a simple majority vote, but new or increased taxes require a two-thirds super-majority.

The Disneyland expansion agreement relates to the spending power: if one or more stated forms of an entertainment tax are levied, the city is specifying how the revenues from that tax will be spent. Californians have often levied taxes where the revenues are committed to specific purposes.

As for the claims the agreement contravenes the state constitution: it’s not just that makers of that argument are confusing the separate powers of taxation and appropriation. It’s the flight of fancy necessary to radically re-interpret the California Constitution as requiring a popular vote in order for the government NOT to impose a tax.

Claims that the agreement with Disney “deny the right to vote” are, at best, intellectually dishonest. At the end of the day, opponents of this deal want to be able to impose more taxes on Disneyland and its guests at some point in the future. Let’s not lose sight of that reality amidst the chaff being tossed out by the critics.