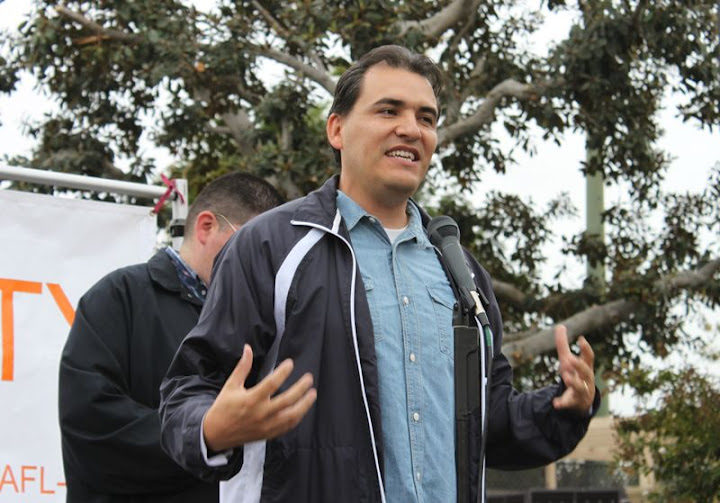 In a radical leftist polemic published in the OC Register, one-and-future Anaheim City Council candidate Jose F. Moreno railed against the expansion agreement between Disney and the city, which puts a de facto ban on imposing a gate tax on Disney theme parks.

Moreno takes his opposition comrades’ claim the deal denies the people the “right to vote” and cranks up the demagoguery amplitude by saying the right to vote has been “sold” to – you guessed it – “corporate interests.” Never mind the agreement does not impinge on the ability of Anaheim voters to slap an entertainment tax (the government’s taxing power being separate from its spending power). They could still do so in the knowledge that the equivalent revenues from such a tax would then be paid to Disney, but it is inconceivable a majority of Anaheim voters would undertake to tax Disneyland guests for the financial benefit of Disneyland.

Moreno piles on with more radical demagoguery, this time drawing moral equivalency between this agreement and the 2012 riots. Moreno characterizes the council’s approval of the Disney agreement as a “corporate riot,” as opposed to the 2012 disturbances, which he pasteurizes as a mere “social riot. I was unaware that riots came in different forms. Most people who are not left-wing university academics think in terms of the dictionary definition: violent, public disorder. Vandalizing businesses, fighting with the police, breaking the law, disturbing the peace; you know – what happened in Anaheim in three years ago: 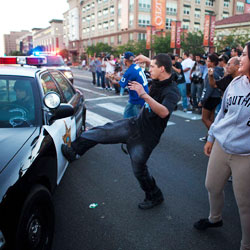 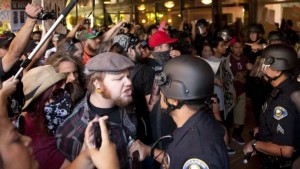 Moreno equates street violence and hooliganism with a duly-elected representative government body choosing not to impose tax on families going to the Disneyland Resort. He goes even further to say the Disney agreement is “a riot more profoundly corrosive to our democratic foundation than the “social riots” witnessed in Anaheim during the summer of 2012.”

Such astonishing moral blindness is a manifestation of an ideological world-view that is not only untethered to the founding principles of this country, but from the common sense of ordinary citizens. On what planet is refraining from a tax in exchange for a $1.5 billion investment in economic opportunity more “corrosive” to ordered liberty than street thuggery? Maybe in the rarified air of the ivory tower of the academy, but not in the real world.

Agreements like the one Anaheim concluded with Disneyland generate jobs and economic opportunity; it’s a signal to the world that Anaheim is a city that welcomes business and enterprise. The 2012 riots and the response by some that the fault lies not with the rioters but with society, sent the opposite signal. Indeed, several companies cancelled or froze economic development projects in the wake the riots and the uncertain trumpet sounded by some in city leadership.

Since when is economic growth more corrosive to representative self-government than crime and rioting? It’s an absurd statement that should not only be rejected out-of-hand, but should undermine the credibility of its utterer.

The reason for the hysterical reaction of Moreno and his allies is this agreement puts the Great Milk Cow of Anaheim beyond their grasp for the next 30-45 years. Moreno’s radical, racialist vision for Anaheim is one that is hungry for tax revenue. The big ideas of progressives center on government programs, and that takes money – lots of it. How does one pay for new city entitlement programs like free child care without being able to crank up the taxation of visitors to the Disneyland Resort?  Moreno and the other leftist ideologues believe their long-desired progressive council majority is just around the corner, and now the juiciest tax target in the city has been yanked from their reach. They have been outfoxed, and they are bitter about it.