As was posted on this blog last week, Mayor Tom Tait put out the word via his Facebook page that he is looking for candidates to run for City Council. At one time, we could assume he would recruit conservative candidates, but that assumption is out the door since the Mayor entered his post-conservative phase.

In 2012, Tait went all in for John Leos for City Council. Although Leos is a registered Republican, his true political affiliation is the Orange County Employees Association. Leos is a on the Board of Directors of OCEA, which has spent hundreds of thousands of dollars on two vain attempts to elect him to the Anaheim City Council.

In this 2012 campaign photo (presumably taken in a union hall), note Leos is wearing a “No on 32” lapel pin. 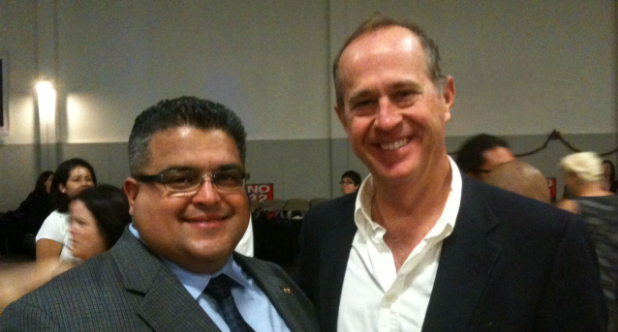 Prop. 32 was the paycheck protection initiative on that year’s ballot which would have forced union’s to ask members’ permission before using their dues for political purposes.

This year, Tait carried water for liberal Democrat Al Jabbar, the Anaheim Union High School District Board of Education member who proposed giving his district permanent, direct access to Anaheim city revenues. Tait enthusiastically pushed for this dangerous proposal. He even used the teacher union cliche of doing it “for the children,” and was annoyed when Councilman James Vanderbilt insisted on limiting the school district’s revenue grab to joint-use purposes during non-school hours. 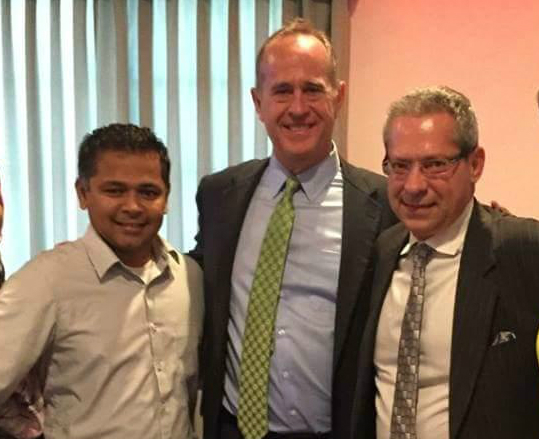 However, that restriction can be undone by a future, Democratic-controlled City Council…something for which Mayor Tait has been, wittingly or unwittingly, laying the foundation.  He has worked hand-in-glove with the liberal-union-Democratic Party coalition to enlarge the City Council and elect it from single-member districts. He has celebrated with Anaheim’s leftist activists every step of the way. 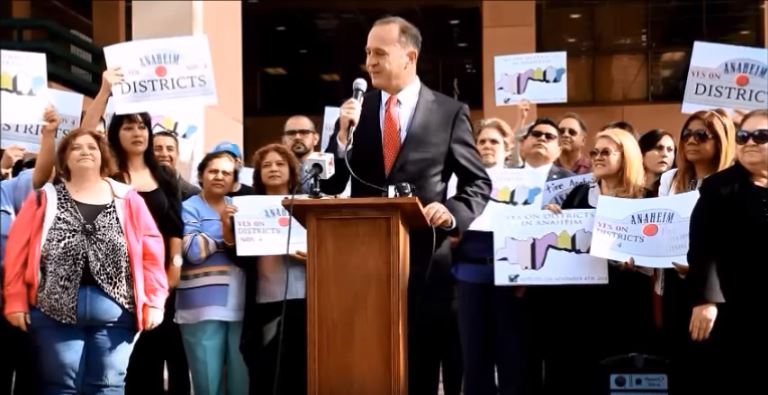 Mayor Tait congratulating Jose Moreno and the ACLU on their “victory” over the City of Anaheim.

Last year, it was an open secret Tait supported left-wing Democrat Jose F. Moreno (who sued Anaheim to impose single-member district elections) for City Council. Moreno lost, but Tait is doing his best to give Moreno a shot at running in 2016. 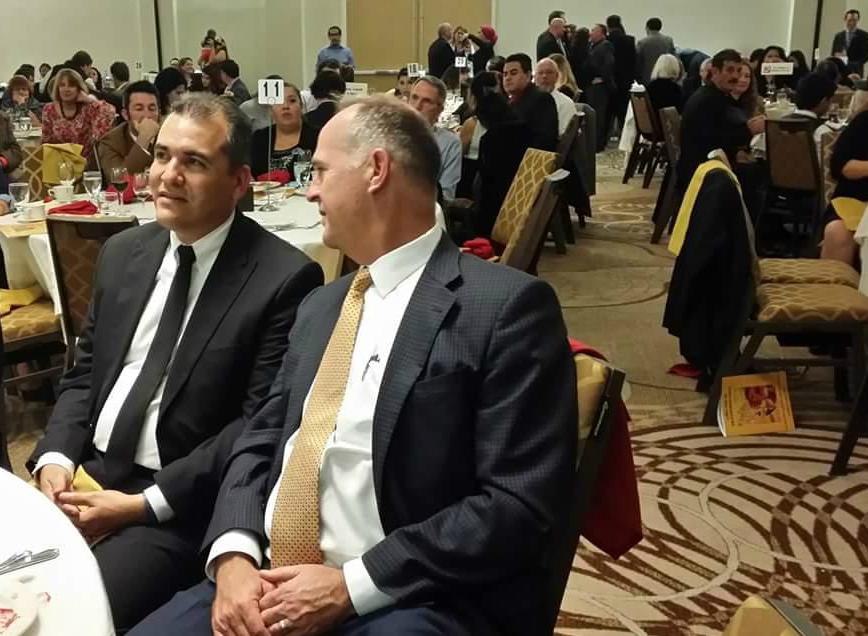 When the Council took up the question of which four districts would be on the ballot next year, Tait said he originally wanted to decide by drawing numbers out of a hat but supposedly changed his mind after hearing several OCCORD activists come to the podium with the same, scripted demand: Districts 1, 3, 4 and 5. Is anyone buying that? 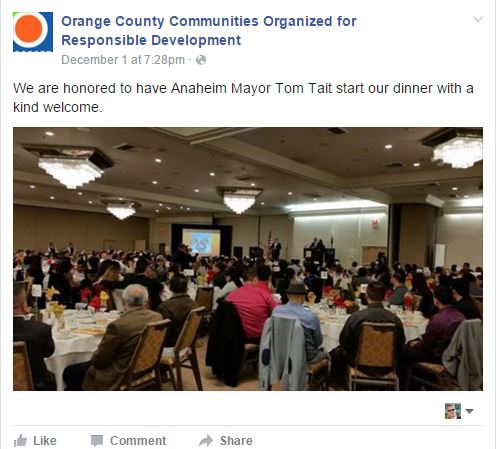 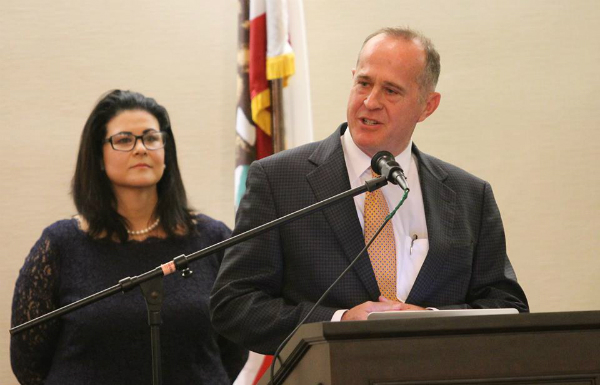 It’s more likely Tait went into the Council meeting determined to get District 3, where Moreno lives in the upscale Westmont neighborhood, on the 2016 ballot. When Lucille Kring, Jordan Brandman and Kris Murray voted instead to put both West Anaheim districts (1 and 2) and both Latino plurality districts (4 and 5) up in 2016 and District 3 in 2018, Tait went so far as to embrace the representation-by-race logic of the liberal activists behind the council districts campaign. It was disconcerting to watch the Mayor use this divisive progressive idea as an argument, as part of a maneuver to help a hard-core leftist like Jose Moreno run for Anaheim City Council.

The same left-wing activists will almost certainly be back tonight to attack the Council Majority, and especially Jordan Brandman, for putting both West Anaheim districts on the ballot instead of District 3. Tait will surely support them from the Council dais. Don’t expect anyone to admit electing Moreno to the City Council is part of their calculus.

John Leos for Council in 2012. Moreno to for Council in 2014. Supporting Jabbar in letting the AUHSD latch onto the Anaheim city budget. Opposing making it harder for the City Council to raise taxes. Opposing extending the moratorium on a Disneyland entertainment tax. Supporting the left-wing-union-Democratic party push for council districts, and for sequencing the elections to enhance Democratic prospects.  Tait has become Anaheim’s post-conservative Mayor. All bets are off as to what kind of candidates he will recruit and support in the 2016 Council elections.