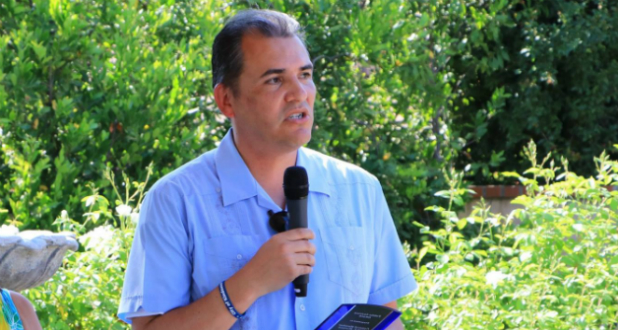 This past weekend, Moreno was awarded the Public Service Award by the Law Enforcement Accountability Network, or LEAN.

LEAN was started by local anti-police activists who frequent Anaheim City Council meetings to criticize the police in the harshest, over-the-top terms. It is “fiscally sponsored” by the ACLU. Despite the group’s soft-pedaled official “we want to improve policing” rhetoric, the people behind it view the police as violent, anti-Latino trigger-happy thugs and are in the habit of denouncing officer-involved shootings as “murders.”

LEAN attracts the support of #resistance-type social justice warriors such as Monica Brasov-Curca, seen here at the LEAN event: 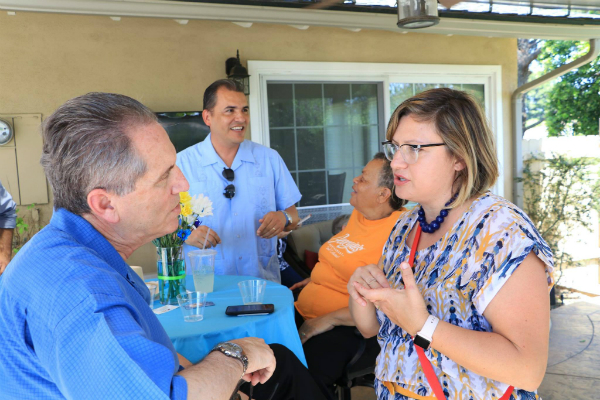 Brasov-Curca is a good illustration of how LEAN supporters see the world:

Remember the after-school incident in West Anaheim between the off-duty LAP officer and the crowd of teenage males? To Brasov-Curca, this was an example of white supremacy at work: 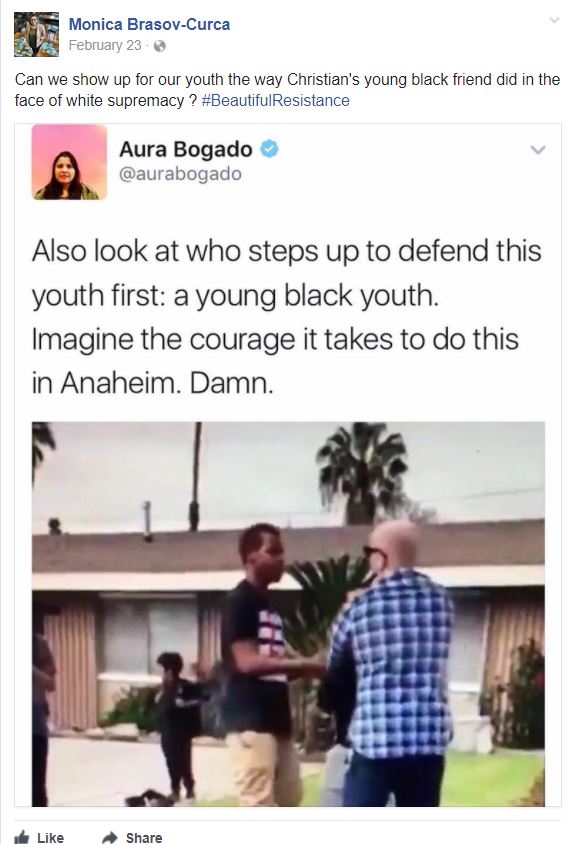 When in doubt, blame white supremacists.

Brasov-Curca helped organize the protest in that neighborhood that predictably degenerated into a riot, leading to “protesters” vandalizing the home of an elderly couple by breaking car windows: 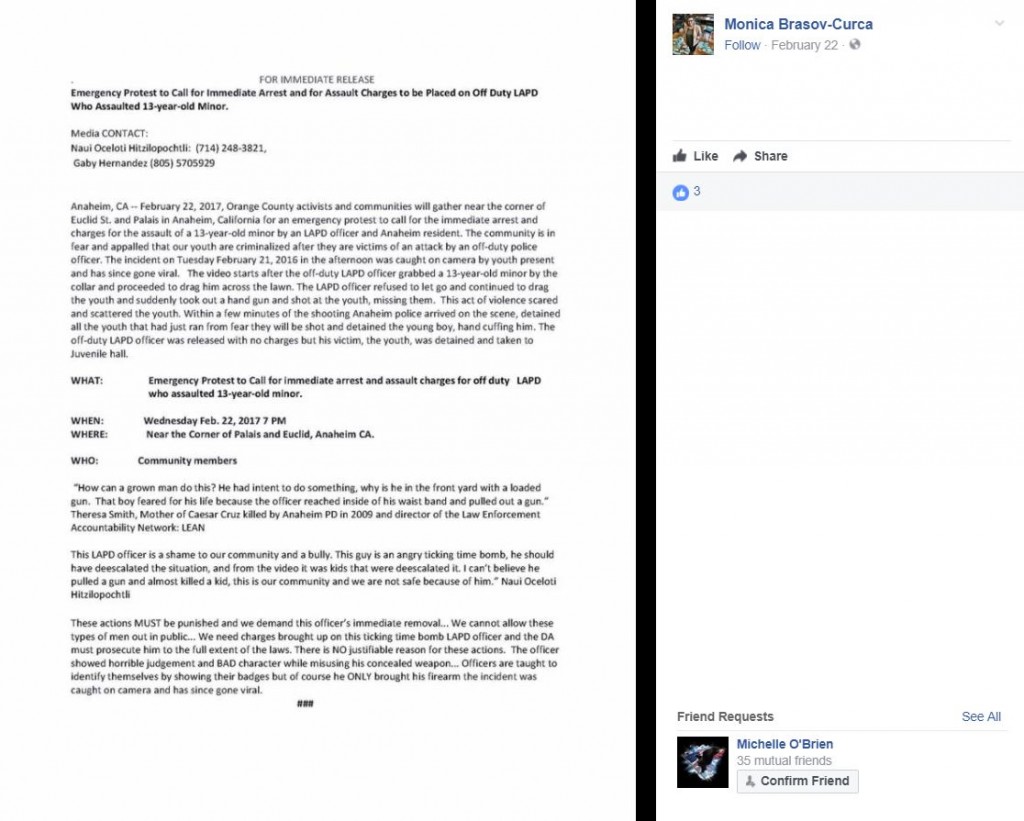 Brasov-Curca’s was unrepentant about property damage that resulted from the protest-turned-riot she helped instigate: 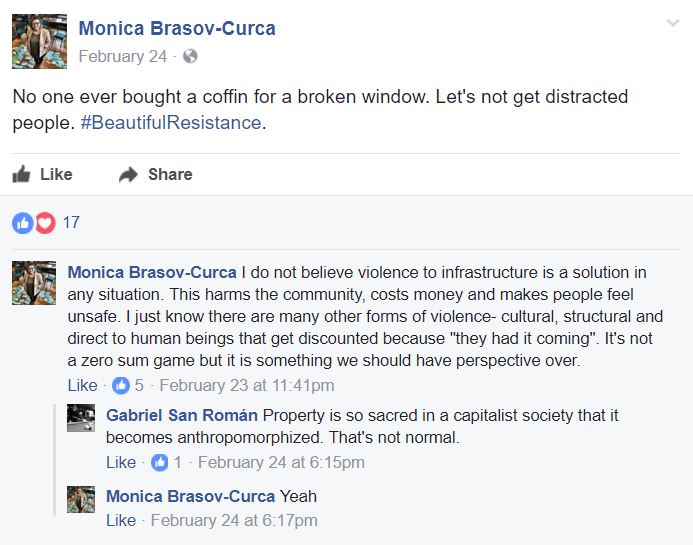 Yes. Let’s not let rioting antifas and vandalizing the property of innocent homeowners distract us from fighting the white supremacist power structure embodied in a lone off-duty cop tangling with a large band of aggressive teenagers.

This is the spirit of LEAN supporters, and they’ve let us know that Jose F. Moreno is their kind of councilmember.