The Anaheim Resort unions have kicked off their formal political mail campaign to pass Measure L, which would spike the minimum wage at targeted Resort businesses to $18 an hour by 2022 – the highest in the nation. This mailer landed today: 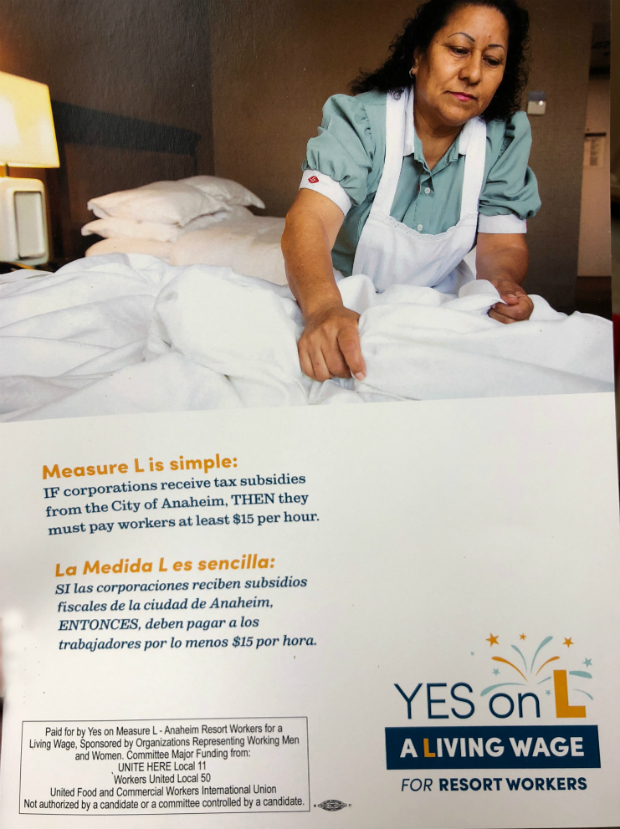 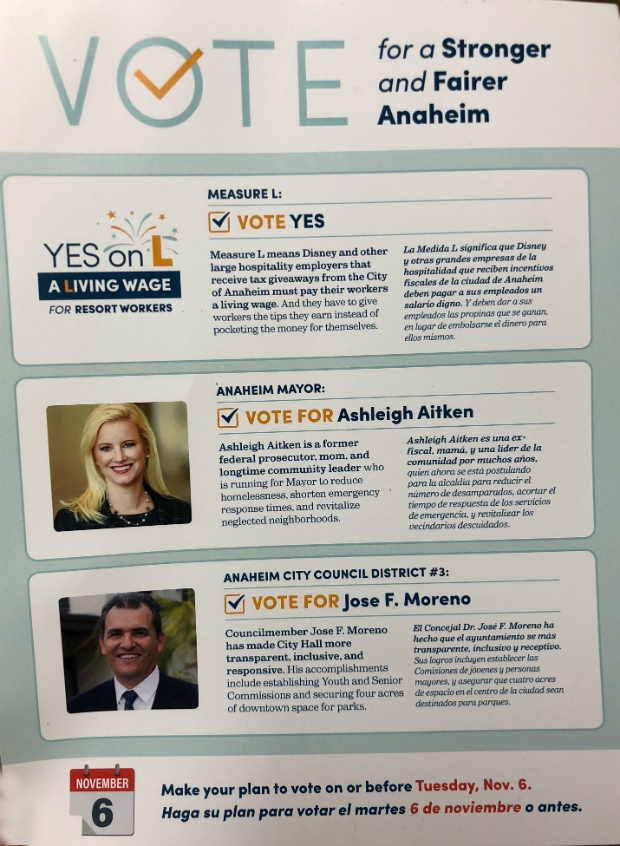 Note the unions repeat the false claim that Measure L applies to the Disneyland Resort. Then again, truthfulness has never been a strength of UNITE-HERE Local 11 and its hangers-on.

Taking a page from Larry Agran’s playbook in Irvine, the Resort unions are using Measure L as an independent expenditure vehicle for promoting their endorsed candidates: Ashleigh Aitken for mayor and the re-election of their current champion on the council, Jose F. Moreno.

The Resort unions have spent $624,000 thus far on their Measure L efforts. While Councilman Moreno is fond of decrying the political influence of special interests, his silence about big spending by the unions speaks volumes about the selectivity of his outrage – especially since he is a beneficiary of their largess.

UNITE-HERE Local 11, working with allies like Moreno and vassals like OCCORD, in 2012 helped launch a political initiative to capture Anaheim city government. Shifting council elections to a by-district basis was the first step. Electing close ally Jose F. Moreno to the council was the next step. Re-electing Moreno and ensconcing Aitken in the mayor’s seat is the next. Electing a progressive Democrat in District 4 – and maybe District 1 – in 2022 will be the next phase. By that time, maybe even the benighted remnant who blocked an OC GOP endorsement of Harry Sidhu and Trevor O’Neil will wake up and smell the coffee.