If OCEA Union Endorses Aitken, Why Is It Urging Republicans To Support Ward? 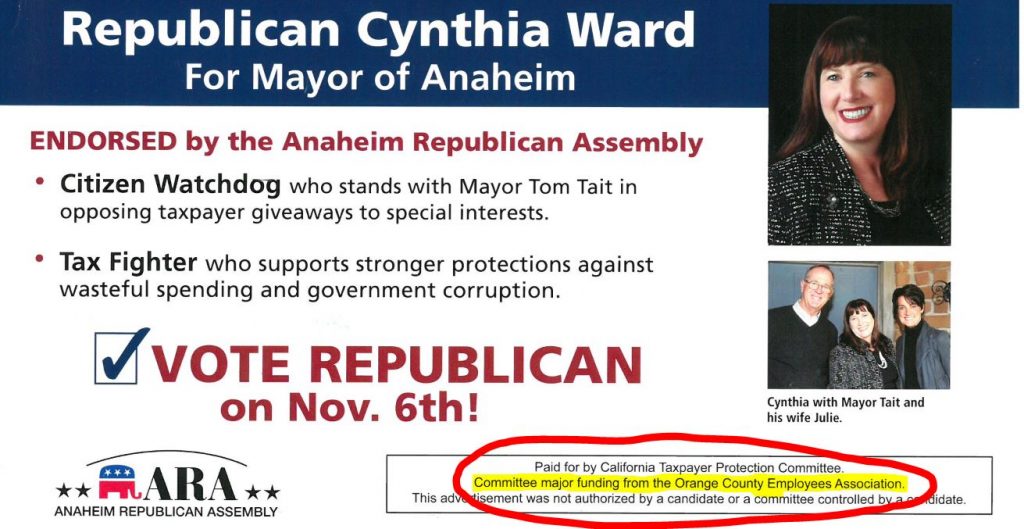 Simple: because each Republican vote for Ward puts Aitken one vote closer to being elected mayor.

There’s no mystery to the OCEA’s strategy: elect Aitken by splitting the Republican vote. Ward has raised little money and has no independent ability to communicate with Anaheim voters. She is dependent on the resources on the public employee union representing Anaheim city employees to inform voters about her candidacy. Even then, she can only play the roll of Republican spoiler who can tilt the mayoral election to a Democrat.

The irony is leaps out: Ward has long painted councilmembers who benefited from independent expenditures from Disney or the public safety associations as therefore being in their pockets. By her own logic, Ward is being “bought” by the OCEA. She certainly hasn’t repudiated their support or made any public comment at all about it.

The OCEA wants Ashleigh Aitken to be the next Mayor of Anaheim – and the union wouldn’t be urging Republicans to vote for Ward unless it helped them achieve that goal.