At its December 2018 meeting, the Anaheim Union High School District Board of Trustees approved a $20,000 contract to hire a progressive political activist as a “social media consultant” for the district.

The contract is with K-12 News Network, which is owned and operated by Cynthia Liu. According to the AUSHD, the K-12 News Network is “a grassroots education news and civic engagement platform that brings elevating public school communities into the digital age.”

According to the contract, K-12 News Networks deliverables include “a report and its presentation, examples of existing uses of tools/platforms than can be adapted to AUHSD’s needs along with any budgetary considerations, and any necessary organizational charts or compilations of best practices establishing protocols for AUHSD social media communicators to follow.”

Translated from bureaucratese, it sounds like K-12 News Network is being paid to develop a social media communications strategy it will then be paid to implement.

Oppose To Charter Schools But Supportive of Unions, Teacher Strikes, Identity Politics and Racial Quotas
Contrary to the AUHSD’s anodyne description, the K-12 News Network’s focus is entirely political. According to its own website, K-12 New Network’s mission is political advocacy and online mobilization for push for progressive-Left politics and policies in public education – with a particular focus on attacking the charter school movement, supporting teachers unions and advocating for identity politics-based curriculum. especially as they relate to public education.  Among K-12 News Network’s priorities guiding editorial content” are: 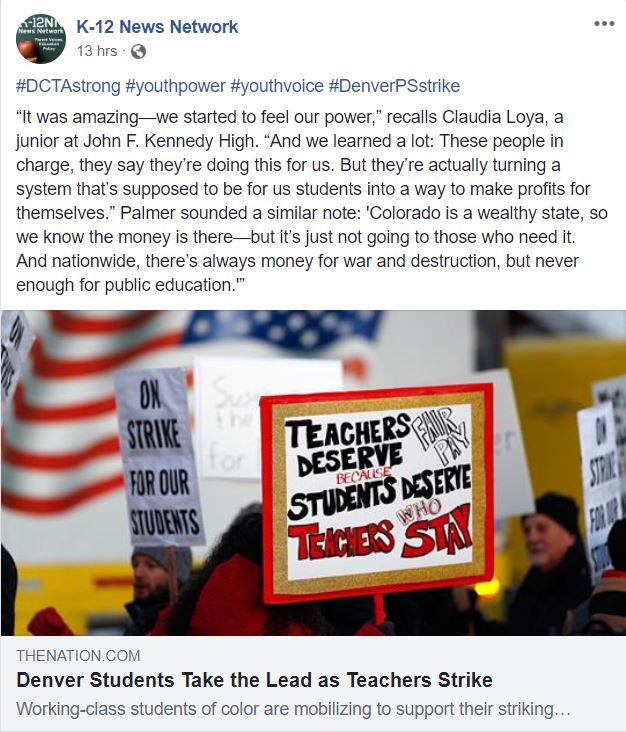 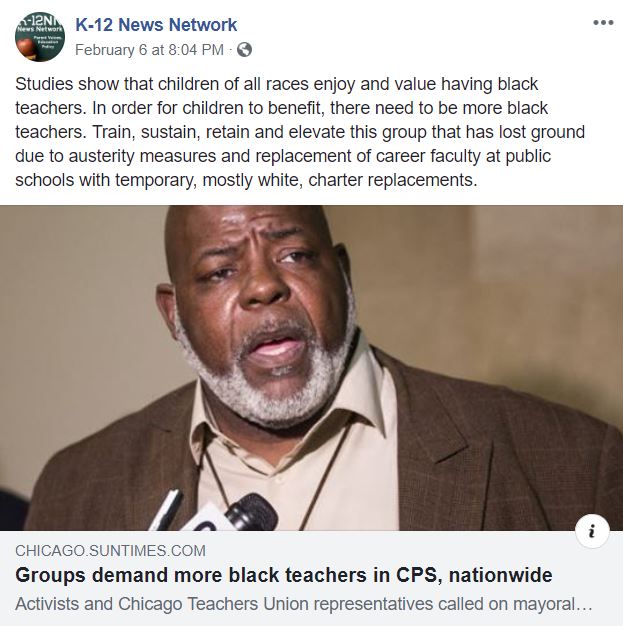 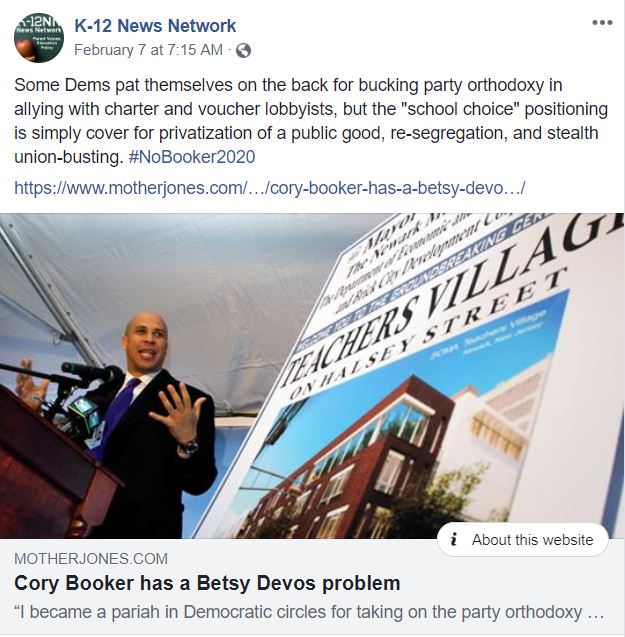 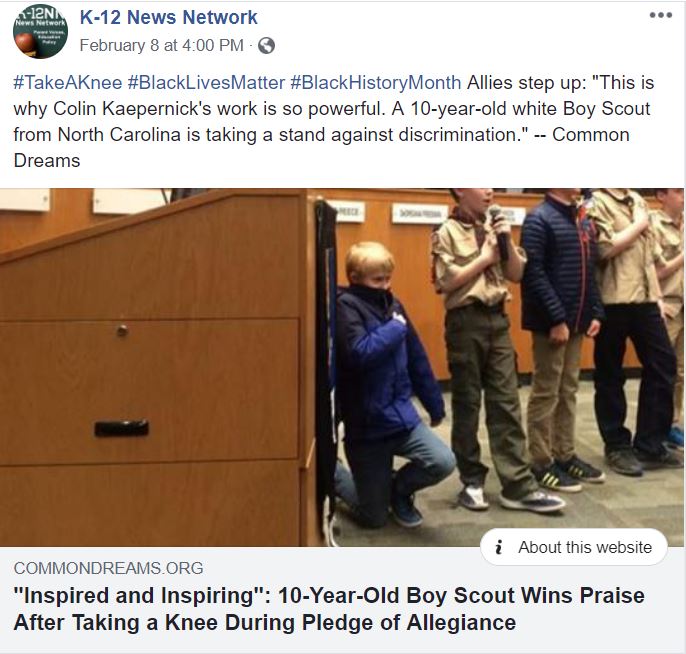 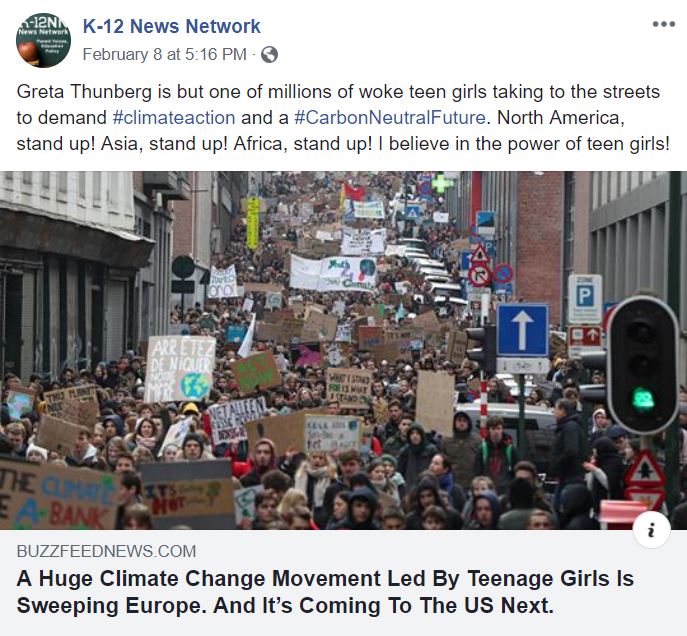 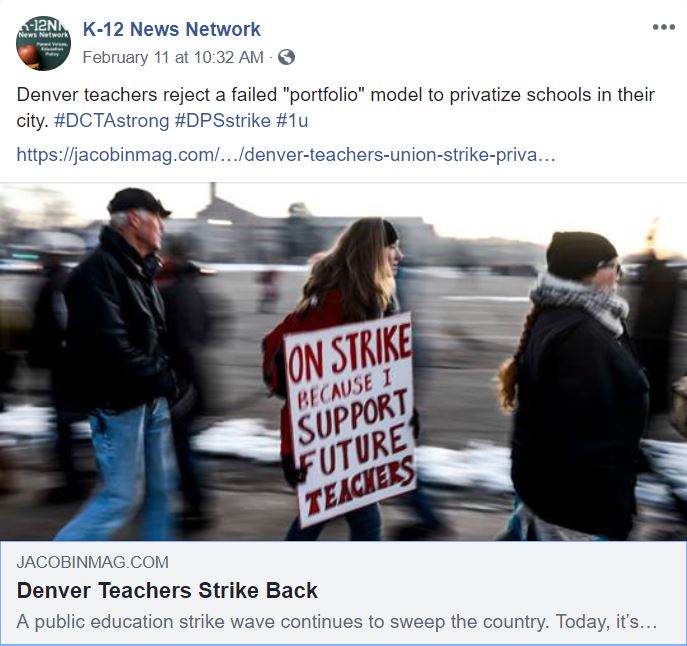 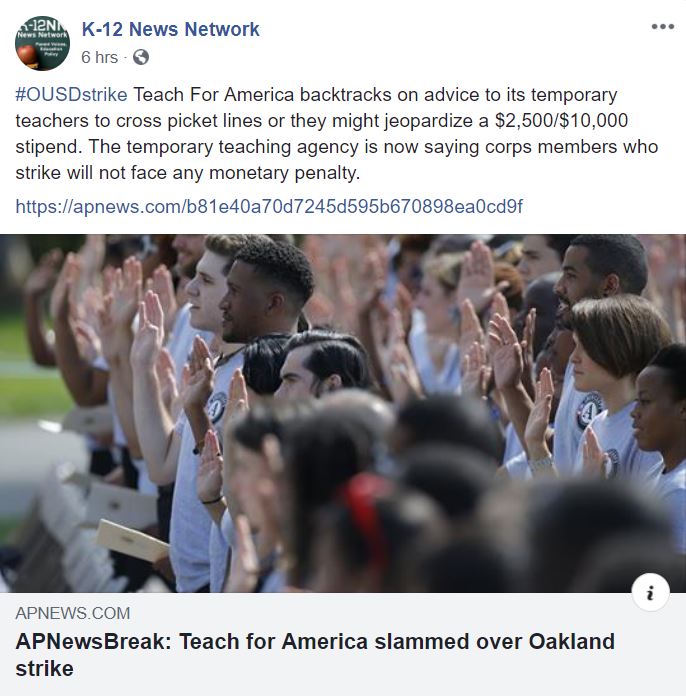 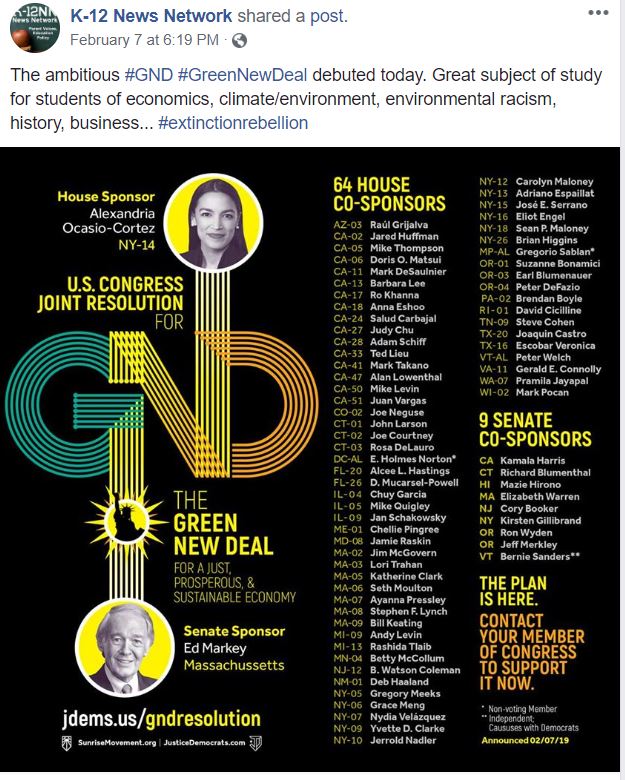 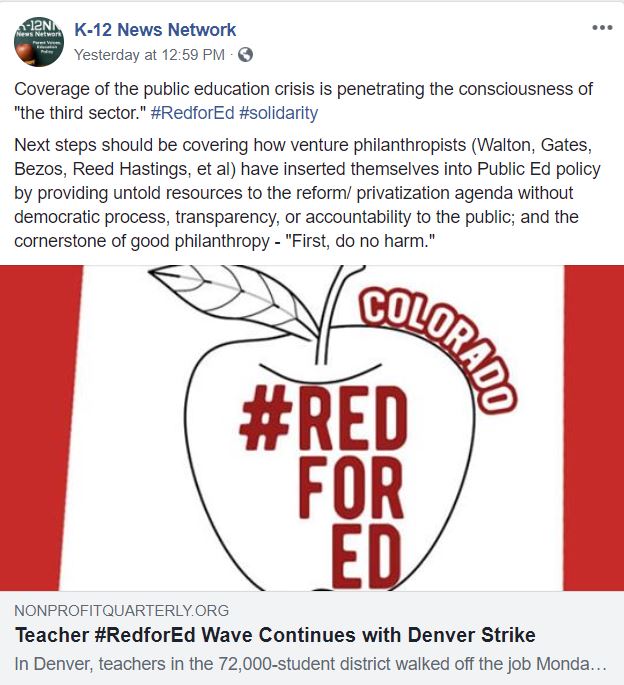 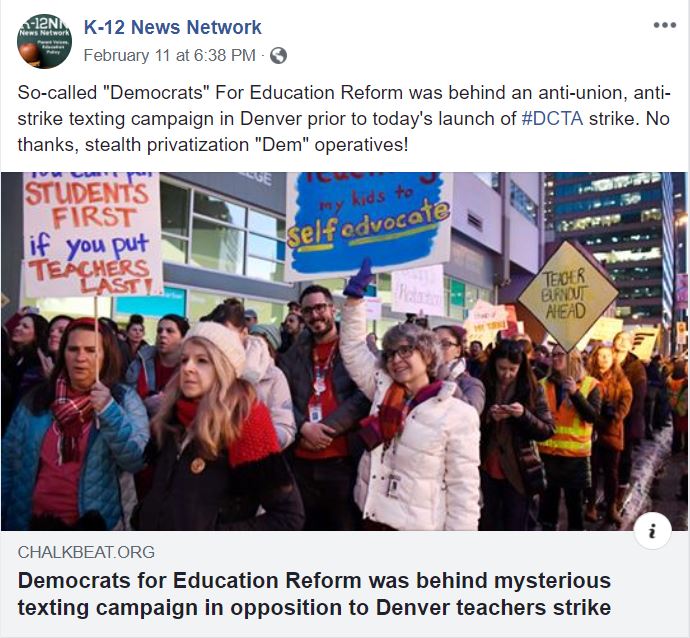 And these are from just the last few days.

Another expression of K-12 News Network’s pro-teachers union orientation is a site it hosts: “Students Resisting TFA.”  TFA is Teach For America – a non-profit that recruits college students to spend two years after graduation teaching in public schools in poor urban and rural communities. Since 1990, more than 50,000 TFA “corps” member have taught more than 5 million students. Most have remained in teaching or education.

However, teachers unions feel threatened by TFA – and thus K-12 News Network’s hostility toward TFA. “Students Resisting TFA” – as if this volunteer program is oppressing the poor and voiceless – is billed as a “student-led effort” to “dismantle” Teach for America.

AUHSD Sensitive About The K-12 News Network Contract
It’s unsurprising the AUHSD would award this contract: K-12 News Network is totally in sync with the political agenda of AHUSD leadership. Following the election of Al Jabbar to the AUHSD Board of Trustees and the hiring of Michael Matsuda as superintendent, the Anaheim Union High School District became ground zero for overt political opposition to charter schools and parental choice. The district has become a jobs warehouse for progressive activists and candidates.

The K-12 News Network contract was originally on the September 13 AUHSD Board of Trustees meeting. Several hours before the Board meeting began, Anaheim Blog reported on the overtly political and partisan nature of the K-12 News Network, and staff pulled the item from the agenda. As reported above, it was added to the agenda for the December 13, 2018 meeting – at which re-elected Board members were sworn in and Board officers elected.

Does AUHSD Really Need A Social Media Consultant?
The contract with K-12 News Network and the manner in which it was handled raise a number of questions.

Why is the AUHSD spending $20,000 on a social media strategy when it lacks the most rudimentary tools of public transparency? The district doesn’t livecast Board of Trustee meetings over the Internet. It doesn’t provide a publicly accessible online archive of Board meeting videos – chiefly because it doesn’t even record meetings on video. If a member of the public wants to watch an AUSHD Board of Education, they have to do so in person.

The district does audio record Board meetings, but the recordings are only available when specifically requested – in which case staff will send you a Dropbox link.

If the AUHSD leadership had the slightest interest in public transparency, they could mount an iPhone on a tripod and broadcast meetings on Facebook Live. Perhaps Cynthia Liu of he K-12 News Network will include that recommendation in her deliverables – although the district doesn’t need to pay someone $20,000 to point out the obvious.

Why was K-12 News Network selected? Did the district reach out to Liu? Did she solicit the district?

These are legitimate questions to ask of a public agency regarding awarding of public contracts with public funds. They have been posed to the AUHSD. The district has responded with stonewalling and possibly withholding public records.

More about that next week.