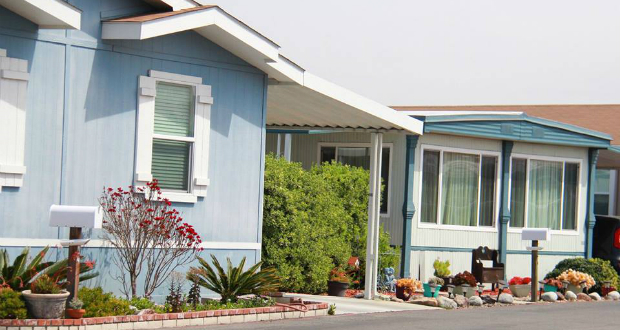 The owner of the Rancho La Paz Mobile Home Park in north Anaheim will rescind a recently announced rent increase that would have significantly raised the below-market rents paid by the 400 or so residents of the venerable mobile home park.

“As a result of our meeting, I’m pleased to announce Rancho La Paz’s ownership has committed to rescind the proposed increases and to spend the coming months working with residents to find common ground,” Sidhu said in a statement issued by the city.

“We will work with residents on a more gradual transition,” said Saunders. “I look forward to meeting with residents to talk about a way forward that allows time to adjust and also brings improvement to the community.”

In addition to rescinding the rent increase, the owner also announced a moratorium on any rent increase until at least September 1, 2019.

Saunders acquired Rancho La Paz in February 2019. The change in ownership triggered a re-assessment of the property’s value by the County of Orange – leading to a nearly $1 million increase in the annual property tax bill.

Although the rent increases would have brought Rancho La Paz rents to par with rents in neighboring mobile home parks, they would have hit residents – primarily seniors – with significant increases in the 50% range. The increases were scheduled to take effect June 1, 2019. Although the park owner also offered monthly rent assistance of up to $200, the sudden, steep increase caused consternation among the residents.

Park ownership will meet with residents in the days ahead to craft a fair solution that that addresses residents concerns about rent affordability as well as the owner’s need to offset the significantly increased costs of operating the park.

UPDATE: Here’s the helpful Q&A included with the city’s press release (thank you to David Michael Klawe for the reminder):

What is Rancho La Paz?

Rancho La Paz is a mobile home park in north Anaheim and neighboring Fullerton along Orangethorpe Avenue near Lemon Street. There are 390 lots for mobile homes, with 240 in Anaheim and 150 in Fullerton.

Rancho La Paz is an age-restricted community in which people have to be 55 or older to live there. It is home to some 400 retirees and working seniors.

How do mobile home parks work?

Residents buy and own their mobile homes. They pay rent for a lot at a mobile home park, such as Rancho La Paz.

What were the proposed rent increases?

In late February, residents were given 90-day notice of proposed monthly rent increases of $200 or more.

Why were rents being raised?

The park’s new owner faces higher costs that aren’t offset by current rents, which are half or lower than rents at comparable mobile home parks in the area, according to data provided at the meeting.

What are the higher costs for the owner?

The park saw an increase in its annual property tax bill to $800,000 a year. The new tax bill is significantly higher than before and was triggered by the change in ownership.

What does it mean to rescind rent increases?

The owner is withdrawing the 90-day notice of new rents that was issued in February. That means they will not take effect on June 1, as had been proposed.

The owner has put off any changes in rents through at least Sept. 1, as he meets with residents to find common ground.

Is the city planning to regulate rents at the park?

Housing affordability is a regular point of discussion in Anaheim. Our Council will evaluate whether any additional action is needed.

What does Anaheim do to ensure affordable housing?

A lot. Through the Anaheim Housing Authority, we have nearly 4,000 affordable apartments in our city. They are home to families, seniors and those with special needs.

They include 13 city-supported affordable communities, with two more on the way, where 100 percent of apartments are affordable.

We also provide more than $70 million in housing support vouchers to residents each year, covering more than 6,600 households.

In cases like we saw with Rancho La Paz, we encourage landlords and tenants to come together to see if there is room for compromise that allows landlords to recoup reasonable costs while also maintaining longtime tenants who are part of the community.