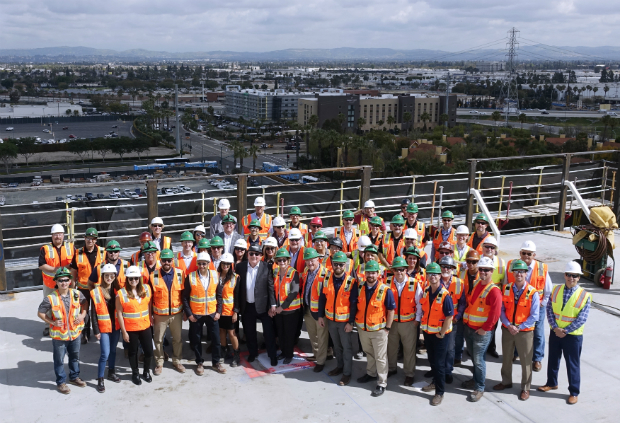 The JW Marriott Anaheim hotel project at the GardenWalk celebrated a significant construction milestone last week with a “topping off” party for the project’s construction workers and general contracting team.

“Topping Off” is what it sounds like: the point at which the general contractor is done going vertical. The 12-story luxury hotel hit that mark last week, and the project owners, Ajesh Patel and the O’Connell family, feted 600 construction workers to a catered BBQ lunch in a cavernous ground floor space that will become one of JW Marriott’s ballrooms, complete with raffling off prizes such as TVs and tools. 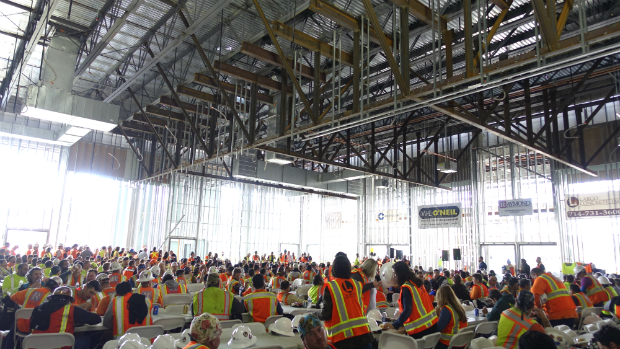 The hotel owners also signed the last piece of steel to go in to the JW Marriott Anaheim. The next step is putting the flesh on the bones as the hotel is completed and prepared for its anticipated opening in early 2020. 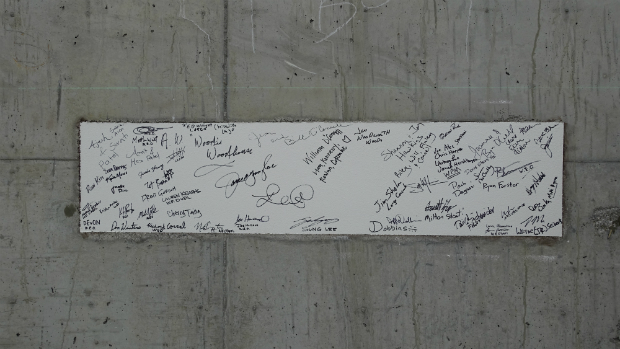 It has been a long road for this much-anticipated project, which was the first 4-Diamond hotel project launched under the auspices of a TOT tax rebate program. Following its approval in early 2013, the project was subjected to harassment and years of delay by a merit-less lawsuit filed by OCCORD, the community organizing arm of the militant hotel workers union UNITE-HERE Local 11.  The nuisance lawsuit failed, but it succeeded in significantly driving up the hotel’s construction costs as the price of steel and other building materials spiked due to overseas demand – not to mention millions in legal fees and either litigation- and delay-related costs. 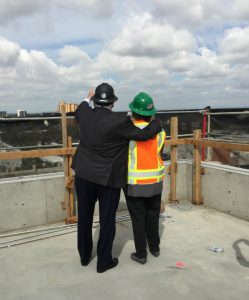 The second 4-Diamond GardenWalk hotel will likely never be built due to the November 2018 passage of Measure L – which subject projects like the JW Marriott to what will be the country’s highest minimum wage. The JW Marriott was too far along to pull the plug, but the resulting sharp increase in labor costs and associated uncertainty as to Measure L’s legal reach has likely killed the second hotel project – a significant loss for Anaheim in terms of good jobs, needed tax revenue and augmented ability to attract high-end conventions to the Anaheim Convention Center.

Nonetheless, the “topping off” is a milestone worth celebrating as the JW Marriott comes that much closer to opening its doors to its first guests.